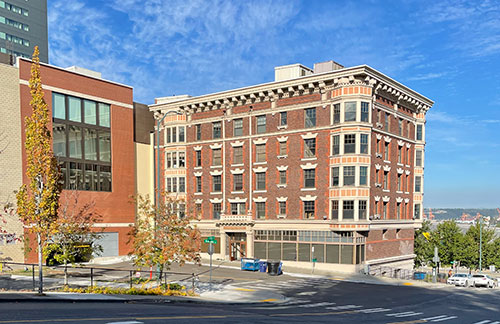 Originally built as the high-end Carlton Hotel — 32 of the 120 rooms even had a private bath — the building served railroad passengers for many years.  Owner Anton Huth named the hotel after his son. Later owners changed the name to the Earle Hotel.

It was one of the earliest restoration projects in the Union Station Historic District and now serves as office space for a variety of tenants, including the University of Washington Tacoma.