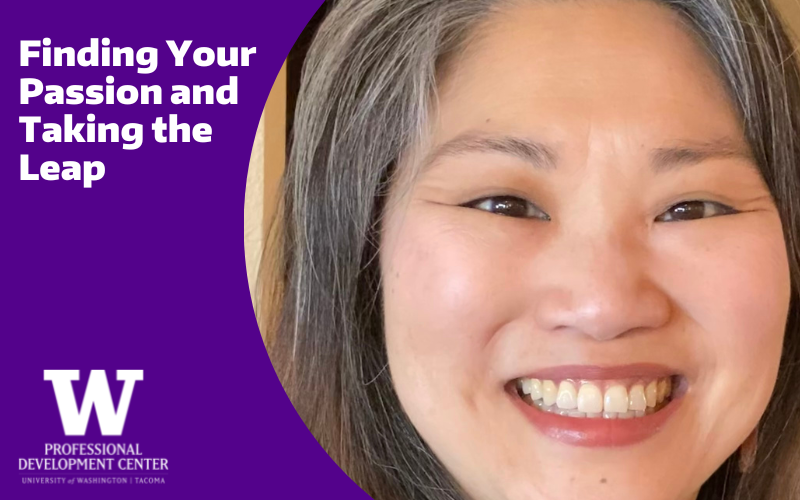 Rising through the ranks to become the director of the Neill Public Library in Pullman, Washington, was a deeply fulfilling professional path for Joanna Bailey. Growing up with a strong sense of service leadership, the library represented a place where she could provide access and encouragement for lifelong learning in her community.  Her dedication to improving the library eventually led her to a new passion, which gave her the confidence to leave the comfortable and familiar for a new career.

After working in various roles at the library since 2001, Joanna began serving as the interim director in 2009. When she took over it was on the heels of three leadership changes that had resulted in a very broken staff. “Trust was in the tanks. Everyone felt that they had to be so protective of their space because the leadership had just gone through so much chaos,” notes Joanna. “What I knew was we needed to rebuild trust. And the first step to rebuilding trust is to show people through your actions that you have their backs, that you are going to be here, and that you value and appreciate them.  If you ask them ‘what’s bothering you?’ and ‘how can we make this better?’ They know that you are going to do something with their ideas.”

It was when she reached out to The Center for Government Innovation at the Washington State Auditor’s Office for help with a continuous improvement project that things really started to change. “Our experience through that first Lean project was the pivot point,” said Joanna. “The Lean methodology is based on the truth that employees want to do a good job. It’s the processes and leadership that fail them. People just need someone to believe in them and support them to try out their ideas and that is what Lean does.”

“Lean Six Sigma has been both culture-changing for us at the library and life-changing for me. I got the continuous improvement bug,” said Joanna. She realized that not only did the library always need to have Lean in place but that she was hungry to learn more about Lean Six Sigma and grow her skills. Over the next few years, Joanna worked with a mentor from the Washington State Auditor’s Office to complete several projects for the library and other departments across the city. It soon became clear that she wanted to know how to take something that she was newly passionate about and translate it into something that she could get to do all the time.

“To make a (career) change at the age of 50 and to move away from a career that I am good at is the stuff of craziness. I mean why would anyone do that? But when I really sat down and really thought about why would I stay – those reasons weren’t good enough – they were safe, they were comfortable, but they didn’t support my own growth.”

“To keep learning throughout your life sometimes means you make a calculated risk and take a jump. (And so, I) became a student again at the age of 50 to become the teacher.”

When she asked her mentor what the most respected way to become Lean Six Sigma qualified was, she was directed to UW Tacoma. “I selected UWT because it had a schedule that worked for me. As a full-time working professional, I needed to have a certain level of flexibility. I needed instruction to be remote because I am located many hours away. I also wanted to make sure that I got the best value for my money from highly qualified instructors.”

Starting in June 2022, Joanna became a Strategic Quality Management Project Facilitator at a local hospital. “I am so grateful to UW’s PDC because otherwise what I’ve just done and where I am heading would just not have been possible,” said Joanna. 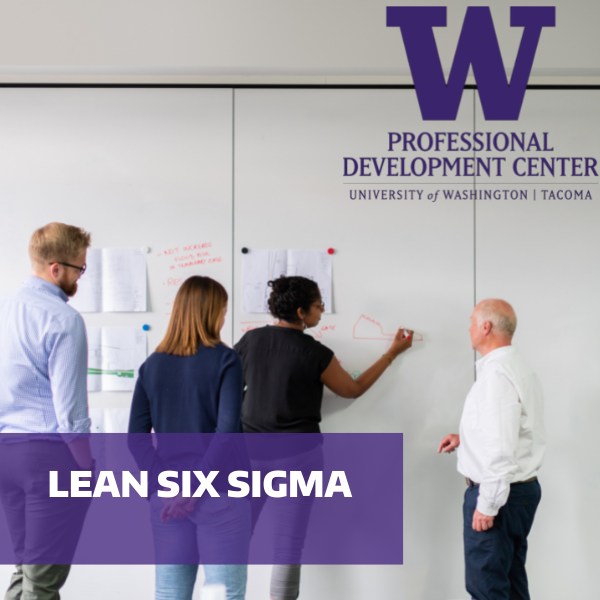 UW Tacoma offers a range of Lean Six Sigma courses including white, green, and black belts.
Our industry-expert instructors engage students with learning that they can apply to their workplaces.

Completing These Certificates Changed My Life