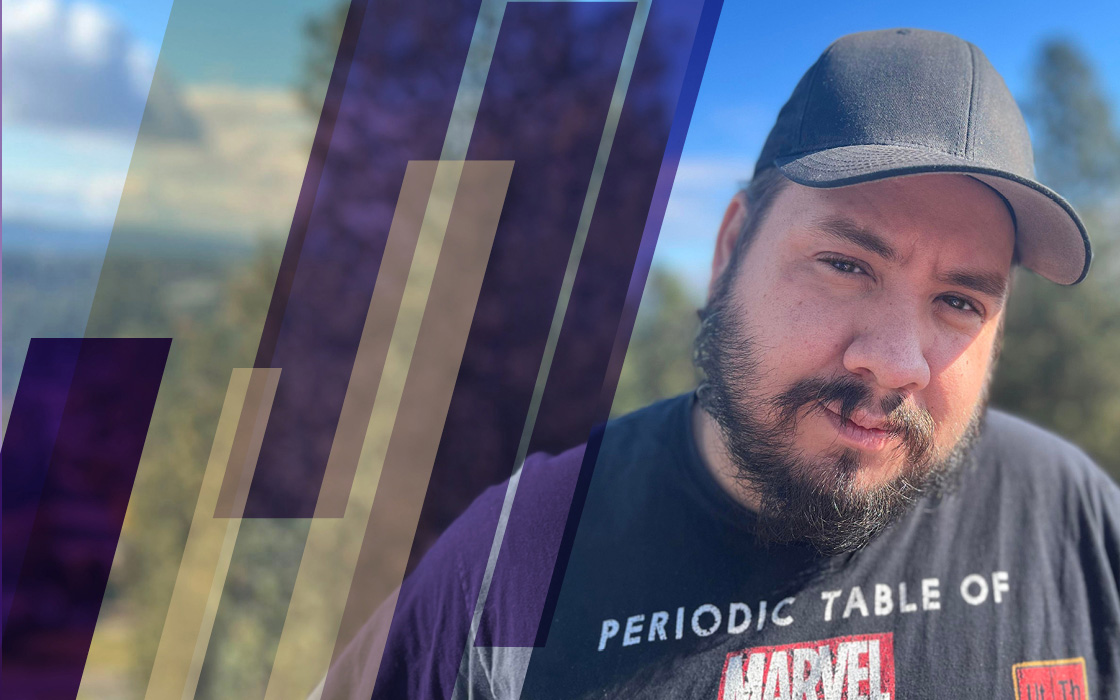 November 17, 2022
Alumnus Steve Stermer left his high stress job as a chef and came to UW Tacoma to pursue a degree in Computer Science & Systems.

Steve Stermer had a choice. Sign the paper or be fired. At the time Stermer worked as a chef in Spokane. “I was working seventy hours a week and it was absolutely grueling and terrible,” he said. “I was running around all day and constantly getting yelled at.”

Stermer worked as a chef, but he had an eye on the future. He’d already completed his associate’s degree at Spokane Falls Community College. On particularly hard days in the kitchen he’d return home and work on his college application. “I’d be motivated to maybe write a paragraph for an admissions essay,” he said.

The application slowly started taking shape. One day Stermer’s employers called him into the office. “I was told there as a problem with my labor margins, that I was spending too much money on my employees and it was cutting into profits,” said Stermer. “They were going to write me up.”

Stermer’s bosses gave him a document to sign. “I told them I wasn’t going to do that,” he said. Stermer was then given a choice: sign the paper or be terminated.

Stermer went back to his apartment and got busy finishing his college application. He’d already done some research into computer science programs. “UW was ranked pretty high,” he said. “I was in my late twenties and didn’t want to live in a dorm and I needed something affordable which is why I ended up applying to UW Tacoma.”

Born in Spokane, Stermer and his family moved to Idaho when he was 10. The youngest of six siblings (some are half siblings) Stermer developed an interest in computers and video games at a young age. “I would tinker around with the innards of video games,” he said. “There were some games that allowed you to manipulate source code and I remember looking at that as a kid and being really perplexed and thinking it must take a serious mind to be able to do that.”

Stermer came to campus in 2014 to pursue a bachelor’s in computer science and systems. He worked part-time while going to school. “UW Tacoma taught a lot of the fundamentals that I carried with me after I left the university,” he said. “This allowed me to build up my skills to where I am now.”

Stermer currently works for Qualtrics. The company is perhaps best known for its survey tool that is used by a host of different organizations including the University of Washington. “I work on a team that gets data into Qualtrics,” he said. “The easiest way to think about it is, I help set up places for data to be able to flow through the system.”

In the future Stermer thinks he might want to be the chief technology officer for a start-up. “I’m happy where I’m at right now,” he said. “Back when I was a chef I had this idea that I wanted to work somewhere that values their employees. I went to college and I’ve worked with those companies. I’ve worked at companies that have nap rooms and Nerf wars.”

Steve Stermer made a choice that was also a gamble, one that ultimately paid off. “College was everything to me,” he said. “I don’t think I would’ve been able to get where I am without it.”

When was the last time you reviewed your resume?
For most people, a resume is something that gets dusted off when they are considering looking for a new job, but experts say that you should be revising your resume at least every six months

Empathy can Change the World