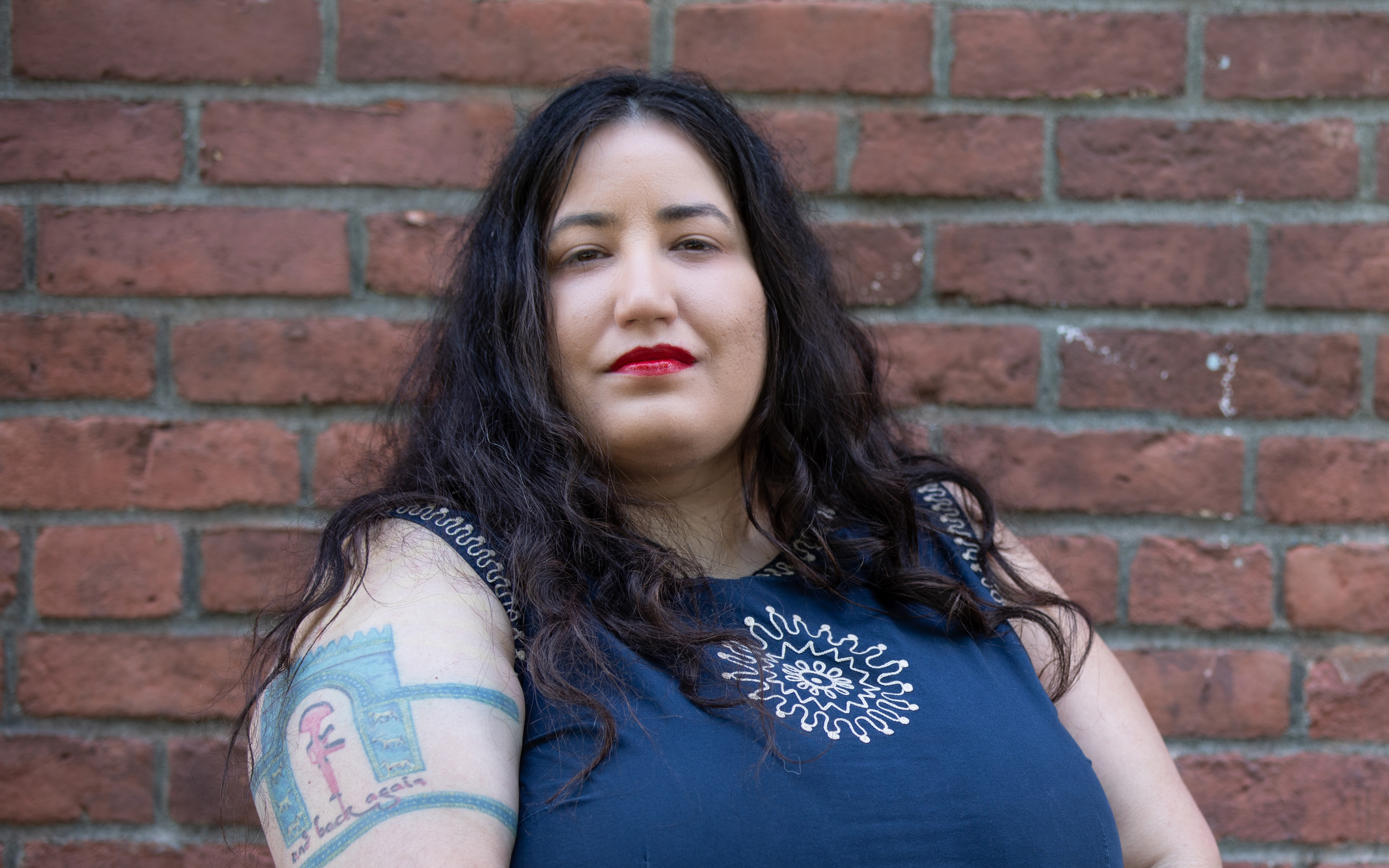 Selena Caldera: On a 'Quixotic Quest'

Military veteran Selena Caldera has been a political activist and labor organizer and says a law and policy degree and, soon, law school are a natural progression.

Graduating from UW Tacoma with a degree in law and policy and heading to law school may be the tamest path Selena Caldera has followed.

Caldera, 39, grew up in New York City, of Nicaraguan emigrants. After joining the U.S. Army at 17, she served eight years, mostly as a sergeant in military intelligence, including in the Middle East.

“As a kid from an immigrant family, I very much felt like the promise of America was something very important,” she said, describing an “important aspirational ideal” that rubbed against the realities of military and civilian life.

What she saw during and after the Iraq War led to activism urging withdrawal from the conflict. “Seeing a lot of friends die from suicide was just one motivator,” she said. “I felt extremely angry that we were going to a war that did nothing for really anyone.”

Her role in Iraq Veterans Against the War included a sizable protest during the 2008 Democratic Convention and advocacy for veterans’ benefits. Her view and approach changed somewhat with time.

“Protesting is important,” she said. “But alone it’s not going to actually change things with the immediacy that you want it to. So, I went to direct service work, helping people get homes, helping veterans get housed.”

Donald Trump’s candidacy for U.S. president in 2016 stirred a “cockamamie scheme to try to get Trump not nominated by the Republican Party,” one Caldera said involved becoming a delegate for failed candidate Ted Cruz to gain access to the GOP convention and try to thwart Trump’s selection.

Next, she moved into labor organizing, working in Seattle for a company canvassing for the American Civil Liberties Union. She found conditions deplorable, including having to repeatedly wear dirty T-shirts – their uniform. The workers successfully organized but the company exited Seattle instead of agreeing to a contract. She then became active around the country for organization. Caldera served a term on its , a period including a recall petition for her and several other board members that she attributes to differing approaches to unionism.

From eviction fights to attempts to deny workers’ pay, Caldera saw situations leading her to UW Tacoma intent on law school. “It really made me think what’s needed is someone who is available to be an attorney for people who can’t afford it,” she said.

After military service, she’d gone to college but not finished. She was spurred to return by the law school idea and by her daughter. “I’m raising a young woman and preparing her for college, and she’s like, ‘Hey, how come you don’t have a college degree?’” said Caldera.

A good question brought a good reply: “I probably should finish my degree,” she said. “It would probably help me do what I want to do in the world. UW Tacoma struck me as kind of the best of multiple worlds. It’s a college that takes its work seriously but doesn’t take itself too seriously. It’s not hoity-toity. When I first contacted them, I didn’t have enough math credits to transfer. And they were like, ‘OK, let’s get you up to speed at a community college to get that math credit.’ That meant a lot to me.”

So, too, did an understanding of her service-related disability – post-traumatic stress – that requires such accommodations as extra testing time. “It was the choice to say, ‘We’re going to give you a leg up, rather than shutting a door in your face,” she said.

She found the Law & Policy degree program a good foundation for law school because of interesting courses and professors pushing her to dig deeper.

“One of my favorite critiques from Dr. (Emily) Thuma was, ‘This is so wonderful, and I look forward to seeing it with more evidence,” said Caldera. “It was like, ‘You’re a good writer but where’s the meat?’ I really appreciated that.”

Caldera took advantage of Legal Pathways, which advises about legal careers and provides LSAT prep classes and tutoring for designated fellows like Caldera, who said tutoring boosted her LSAT score.

She plans to attend law school this year but hadn’t made a final school selection at the time this article appeared. As she anticipates law school, Caldera will make time for this month’s graduation.

Her daughter, an instigator of her return to college, will be there and pledges to be just as embarrassing as Mom was at her high school graduation. There, Caldera used a voice developed yelling up to fourth-floor New York apartments, though she insists her volume was “within acceptable parent bounds.”

Her husband, , felt called to the cause and left to join others fighting in the International Legion for the Defense of Ukraine. It’s frightening, but a call Caldera understands. Her husband insisted that, no matter what, she continue on to law school.