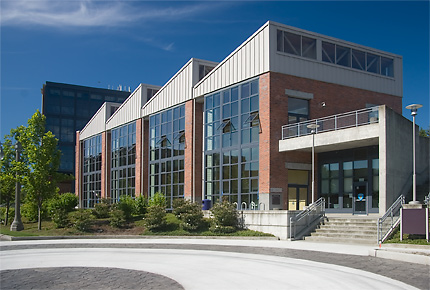 A small industrial area developed west of the wholesale “jobbers” district in the late 1880s, with many manufacturing plants clustered along this stretch of Jefferson Avenue. The industrial concerns crowded into the area included a mattress factory, an oatmeal and feed mill, ice and cracker factories, a cement pipe plant, three breweries and several shingle mills and wood-working plants.

Built by Colonel James Dougan and designed by the Pickles and Sutton architectural firm, the top floor of the four-story Dougan Building was a public hall, primarily used by the International Order of Odd Fellows, of which Dougan was a member. The building’s main commercial purpose was to serve as warehouse and storage space to the many nearby industrial businesses, as well as some retail use. Over the years the building’s many tenants included a saloon, a bottling plant, a vending machine dealer, a coffee wholesaler, the Otis Elevator Company and the Pacific Storage Company.

Architects Berry & Berry, employed by Jefferson Street Associates, rehabilitated the Dougan Building in 1984. The 1998-99 renovation and expansion for the University of Washington Tacoma was designed by LMN Architects of Seattle and assisted by Moore, Ruble Yudell of Santa Monica, California.