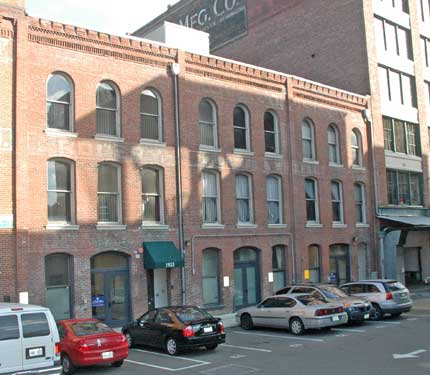 Similar to the neighboring Cherry Parkes building, McDonald Smith was built for the wholesale trade that flourished along Pacific Avenue at the end of the 19th and in the early 20th centuries.

E.A. McDonald and F.C. Smith were in the wholesale hay, grain and feed business. Like several of its neighbors, it was later taken over by the Younglove Grocery Company for its operations. In later years, the building became loft apartments until the University took it over in 2012.

The University officially renovated the building in 2015 and it now houses classrooms, study spaces and faculty offices. As with all of the campus buildings that front Pacific Avenue, the ground floor continues to house retail.