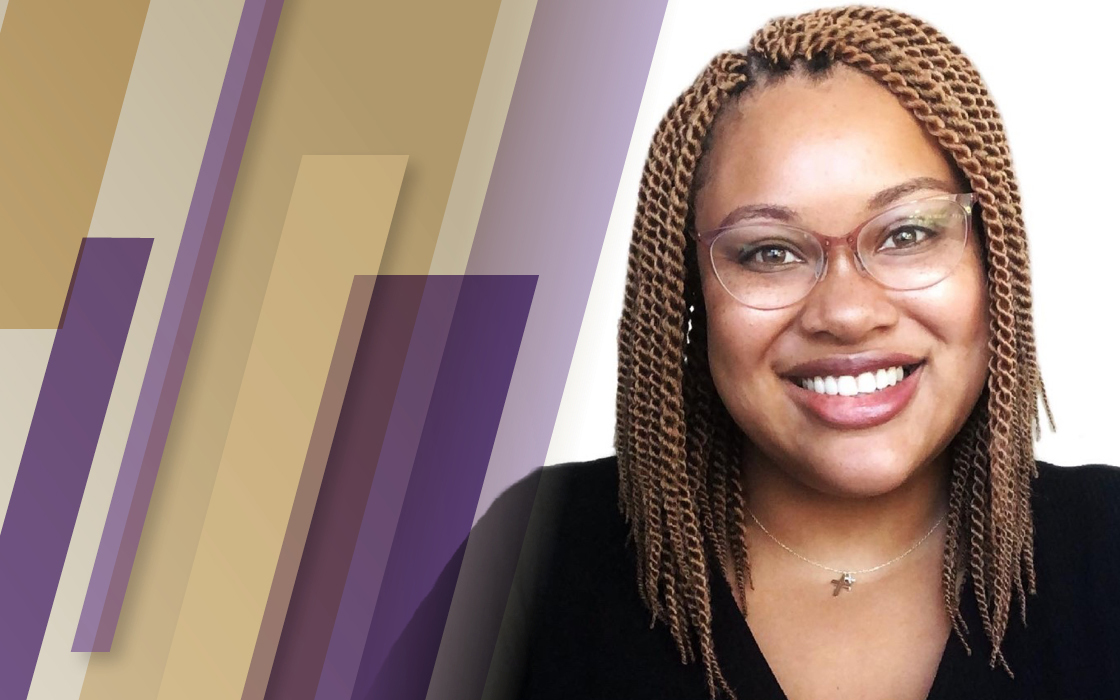 Nadia Caldwell’s drive to deepen the connection between community and communication was just a seed when she started at UW Tacoma. Her experiences on campus helped that seed blossom into the work that she does today.

Caldwell transferred to UW Tacoma from Tacoma Community College. “I’m a Tacoma girl, so I didn’t want to get too far away from home when I originally applied,” she said. “Being a commuter campus makes UW Tacoma a part of my home, it’s in my community. The open campus was really exciting to me, the fact that you could just walk a few feet off campus and you’re in the middle of downtown. As a Tacoma native, I felt like UW Tacoma was a place I would be able to thrive and have community around me.”

Caldwell mother’s, Vazaskia Crockrell, graduated from UW Tacoma in 2015 with a degree in ethic, gender and labor studies. Crockrell helped Caldwell focus her passions -- which included talking to people, planning events and writing -- into a bachelor’s degree in communication.

Caldwell took on an assortment of student leadership roles that kept her entwined in the UW Tacoma community. “There were so many opportunities to get the college experience that I think a lot of people don’t necessarily believe they’re going to get on a commuter campus or even as a non-traditional student,” she said. “I felt like I got the whole experience.”

Some of Caldwell’s leadership roles included reporting for The Ledger, working in the Center for Service & Leadership, helping maintain the Giving Garden, being a member of the Black Student Union and serving as Director of Outreach in ASUWT, UW Tacoma’s student government.

Each one of these roles deepened Caldwell’s understanding of the campus. “The UW Tacoma staff made me have a whole new appreciation for university staff,” she said of her time as a student assistant in the School of Interdisciplinary Arts & Sciences, “They are there doing their jobs, but have such a key role in how everything plays out seamlessly. That was probably one of my favorite times, as the staff was just so supportive.”

UW Tacoma staff weren’t the only support Caldwell received. Faculty was also very prominent in helping her succeed in her time on campus. “The fact that I was afforded the opportunity to do so much at UW Tacoma and be supported by faculty so that my academics didn't suffer due to my extracurricular activities -- that all lent itself to propelling me forward,” she said.

Caldwell graduated in June of 2016. She went on to attend the University of Southern California on a full-ride scholarship where she received her master’s degree in strategic public relations.  “Because of that strong connection to community that I found at UWT, I wanted to focus more on civic engagement and building community with public relations,” she said. “That's now where I work — political communications and advertising firm GMMB — in issue-advocacy public relations and issue-driven communications, where we work with nonprofits, philanthropies and other organizations to elevate really good work that's happening in communities and for our communities across the nation.”

As far as the future goes, Caldwell plans to expand her work in community advocacy through communication and public relations. She wants to bridge gaps in communication between differing mindsets in order to better solve societal issues. “One thing I want to generally do with my work is this idea of building community and building consensus across people on opposite ends of the political spectrum,” she said. “Because what I realize is that most times when you think somebody's the opposition, their drive, or what has got them into being so oppositional to your idea, comes from the same place that you're coming from. I hope that I'm afforded the opportunities throughout my career and in the near and far future to continue to be a bridge for people on opposite sides of the aisle.“