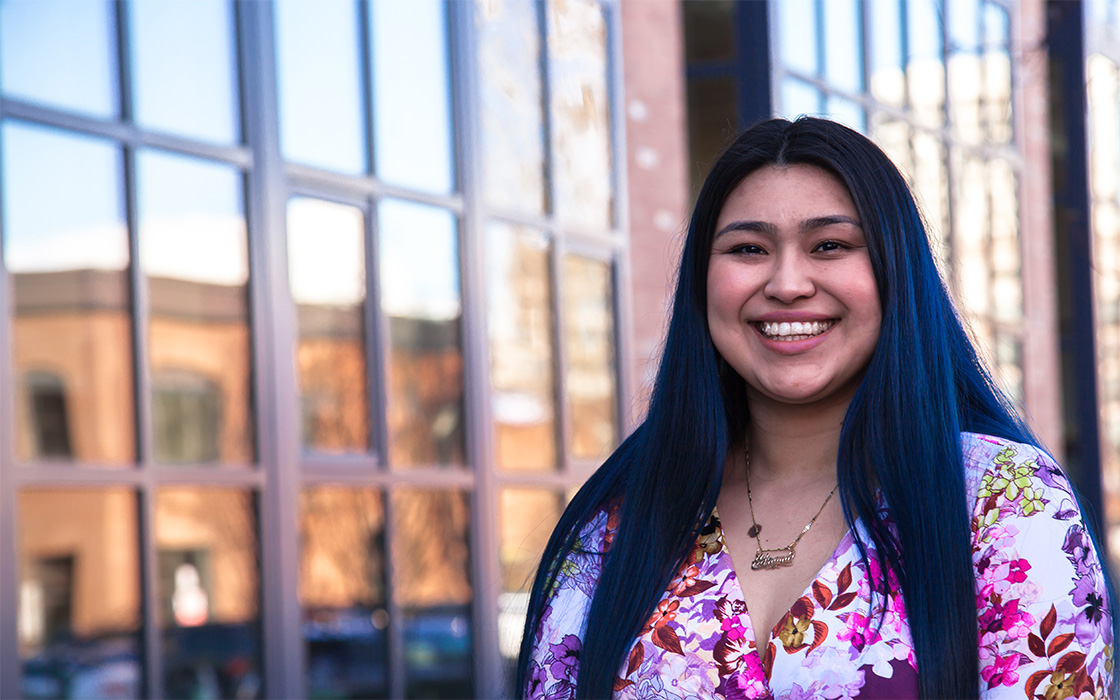 Adriana Meraz-Gonzalez, '18 Urban Studies, will be able to pursue her dreams and give her mother the "life she deserves" thanks to the scholarships she received.

Update to our original story: Adriana Meraz-Gonzalez graduates this year and will start working for the Everett Housing Authority. She will use her spare time to develop a business plan for a food-service business.

Adriana Meraz-Gonzalez’s quest for a college education began when she was just 12 years old.

Meraz-Gonzalez’s mother supported her four children with a fast-food restaurant job and a caring, but wayward, stepfather who wound up in prison.  Adriana says her family had modest dreams for her: try to finish high school and then get a job.

“My mother is the strongest woman I know, but she didn’t have high expectations for me. I changed all that and set the bar a lot higher for myself,” explains Adriana, who grew up in one of South Seattle’s toughest neighborhoods.

She won her first scholarship when she was in middle school. The next year, the vice-principal discouraged her from applying again, saying it was unlikely the award would go to the same student two years in a row. Adriana applied anyway—and won again.

“By the time I graduated from middle school, I had $4,500,” Adriana says proudly.

She won another middle school contest and earned a trip to Washington D.C., where she listened to inspiring student speakers and met with U.S. Senators Maria Cantwell and Patty Murray. The experience made her even more determined to excel. She started earning straight As and launched a Latino Club at school.

She earned an Associate’s degree at Tacoma Community College. A donor-funded Next Step scholarship helped pave the way for her to transfer into UW Tacoma’s Urban Studies program. She even went to China in a joint TCC-UW Tacoma study-abroad program.

“I want to make an impact on my community. I want to give my mother the life she deserves,” Adriana says. “Receiving a scholarship is a blessing that I so appreciate. One day I hope I can write a big check to support scholarships so other students can get their degrees, have great careers and live good lives.”