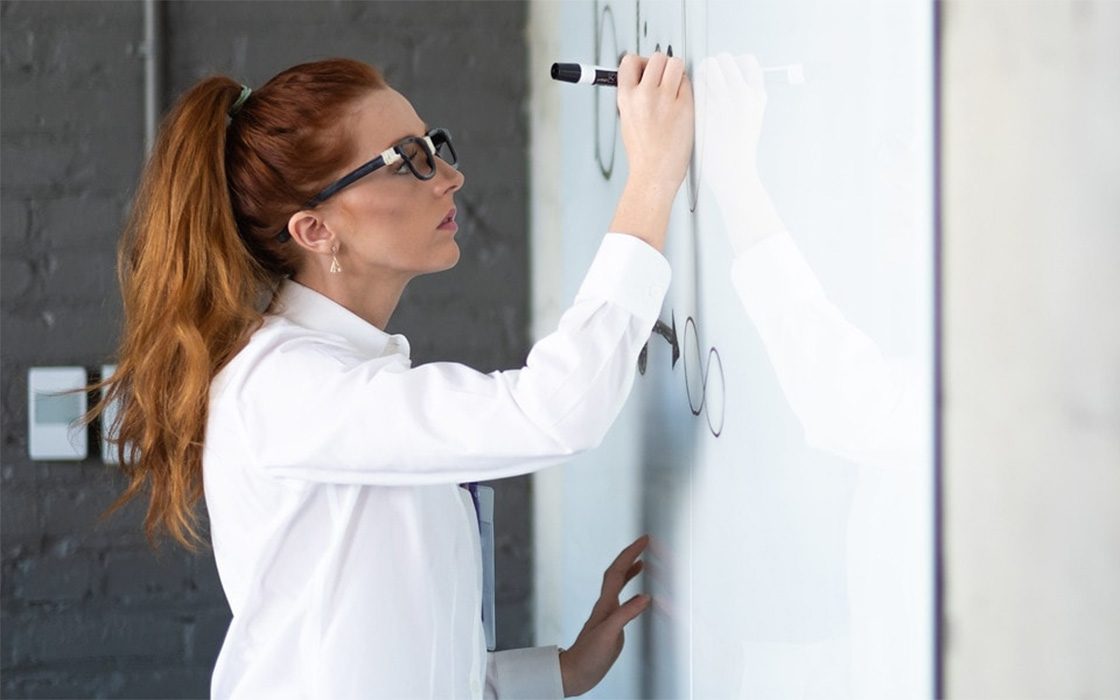 Katalina Biondi credits an assistant professor and a fellow student for helping her see the possible.

Update since we published this story earlier in 2019: Katalina Biondi, '19, Computer Science & Systems, has been accepted into the Ph.D. program in computer science at the University of Central Florida.

Katalina Biondi has the brains to be a doctor, but not the guts. “I started my academic career at Tacoma Community College (TCC) thinking I was going to be a medical doctor,” she said. “Then I did a dissection and thought, ‘this is so disgusting, there’s no way my stomach will be able to handle this.’ ”

Biondi switched directions and briefly considered getting a degree in mechanical engineering. “It was interesting but I felt it was too broad,” she said. Biondi spoke with counselors at TCC who suggested she try computer science. “I took a computer science class there and fell in with love with it,” she said.

This enthusiasm carried over when Biondi came to UW Tacoma in the fall of 2017. This June she will graduate with a degree in computer science and systems (CSS). Biondi plans to continue her education. “I’m going to pursue a Ph.D.,” she said. “As of now, I think I want to work on human-machine teaming.”

Biondi’s experience on campus is a reminder that higher education is more than textbooks and tests. As a new student, Biondi says she was content coming to class and then going home. “I am the person I am today because of Dr. Maureen Kennedy and Adeline Jacobsen,” said Biondi.

Jacobsen and Biondi were students together in Kennedy’s math class. “Dr. Kennedy pairs people up and I got paired with Addie,” said Biondi. “I was struggling that day and didn’t want people to think I was stupid but then Addie looked at me and said, ‘I have no clue what’s going on.’” The pair made an instant connection.

As for Kennedy, she played a role beyond providing the means for Biondi and Jacobsen to meet. Biondi worked as a summer research assistant for Kennedy on a project about wildfires. “That was the first time I’d ever done research in a professional setting,” said Biondi.

Biondi has since gone on to do research work with UW Tacoma Professor Orlando Baiocchi and Assistant Professor Eyhab Al-Masri.  This year she is also the ASUWT Senator for the School of Engineering and Technology (SET). In her spare time, Biondi is working with different clubs on campus to develop a robot that can solve the Rubik’s Cube.

All of this involvement, Biondi says, is because of Jacobsen and Kennedy. Biondi realized the connection when she sat down to complete her Husky 100 application. “I probably wouldn’t have connected the dots and realized that’s where everything stems from if not for the application,” she said. Biondi is one of six UW Tacoma students named to this year’s Husky 100 class. The tri-campus award honors those who have made the most of their time at UW.

Even though her undergraduate career is almost over, Biondi is still very much involved. She works as a facilitator for SET. “It’s almost like a tutor, but instead of one-on-one, we have seminars,” said Biondi. This dedication to helping others in SET is part of a mindset. “We’re a pretty small community and so everybody works together,” she said.

After finishing her Ph.D., Biondi wants to work for the Department of Defense. “My dad was in the Army and my brother is in the Air Force,” she said. “I’m interested in making machines that work with humans and I want them to be able to collaborate and understand and trust each other.”

Biondi may have a weak stomach but her mind is strong. “I’m drawn to any activity that stimulates the mind,” she said. “I don’t necessarily like routine, so anytime there’s something new in my field or a new problem that I haven’t seen before, or a new concept, I think that’s really exciting.”