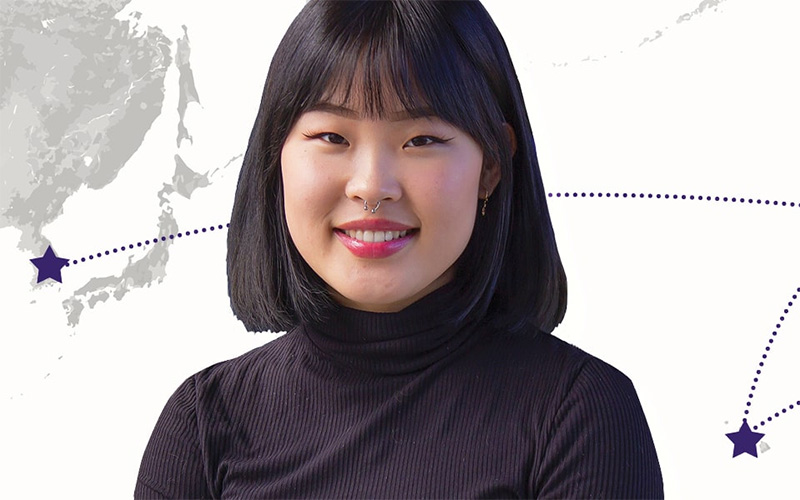 By her own admission, Seonhwa Pak’s first couple of years at UW Tacoma weren’t great. “I was living in Yelm and I was commuting,” she said. “I was also working full-time, so I really just didn’t have time to do anything.”

This changed towards the end of Pak’s sophomore year on campus. “I started getting involved with registered student organizations (RSO) like Campus Adult Ministry and the Filipino Student Association,” she said. “That inspired me to start my own club, the Korean Student Association.”

Pak didn’t stop there. She decided to run for ASUWT as the undeclared senator (now pre-major senator). She won. “My experience with ASUWT was so amazing that I decided to run again, but for a higher position,” she said. This year Pak will serve as ASUWT’s Director of Outreach.

For the past two years, Pak has also worked as Assistant Professor Rachel Hershberg’s research assistant. A psychology major, Pak originally planned on becoming a therapist. Her experience in the classroom and as Hershberg’s assistant has changed Pak’s thinking. “The more I learn the more I understand that psychology is really about community work,” she said. “I’m interested in community and giving back.”

Pak’s father served in the Army. Born in South Korea, Pak first came to the United States at age five when her family moved to Texas. From there they went to Hawaii before finally arriving in Washington. “It’s been difficult to make new friends each time and to build up community after having to already build one,” she said. “But I believe it’s really helped me with my communication skills and with finding new friends. Because if I didn’t have those experiences, I wouldn’t really know how to approach people.”

The past six months have been challenging as Pak has learned how to navigate the changes brought about by the pandemic. “Spring quarter was challenging,” she said. “It was really difficult for me to process all the information because I’m more of a hands-on learner.” Still, Pak has figured out how to make the best of a difficult situation. It helps that she had an already established workaround to hanging out with friends in person. Pak is a gamer. “I’ll get online and play with a group of friends and it helps me stay connected,” she said.

This is Pak’s senior year. As for what’s next? Well, that depends. “I would like to go to grad school for either psychology or political science,” she said. “I recently started working for Nordstrom and it really opened up the corporate world for me. I met someone who is really awesome at human resources and I could see myself going that route as well.”