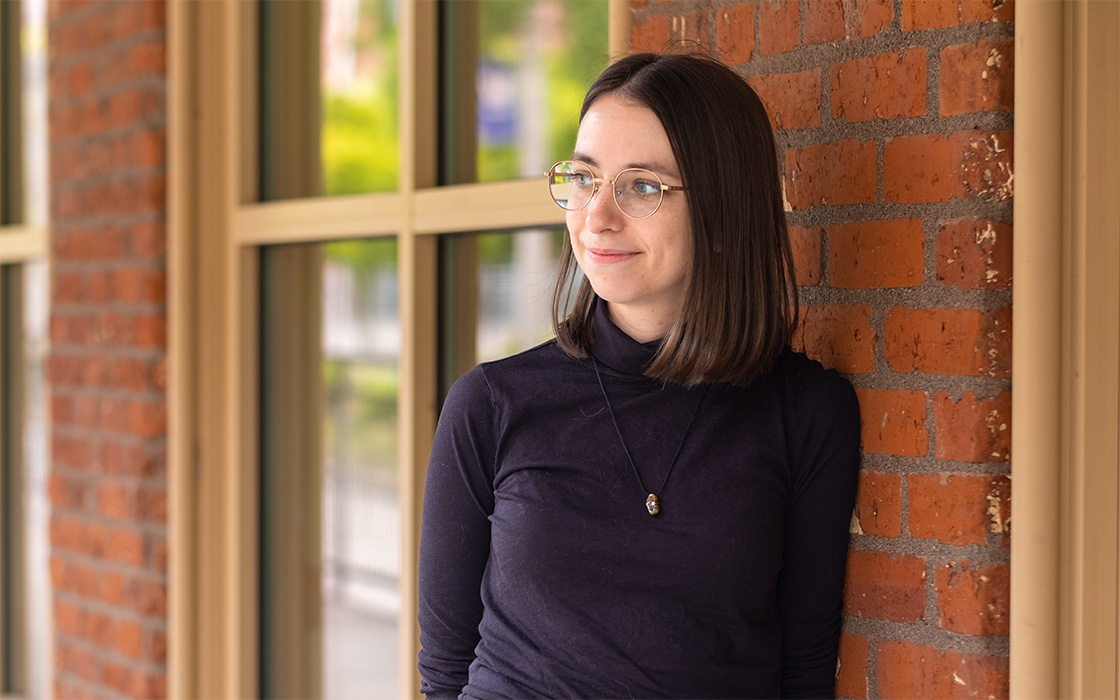 Her concern for animal welfare led Heather Finch to a degree in computer science and a plan to innovate alternatives to animal testing.

In 2019, members of the Animal Rights Initiative and their supporters gathered at the UW campus in Seattle to protest against animal testing. One of the leaders of the protest was Heather Finch. Finch saw an opportunity for herself to make her mark in the world by further educating herself on the alternative options to medical research.

“Just knowing and realizing that this medical research facility [UW’s Animal Research and Care Facility] is so close and even on a campus of a school that I’m considering kind of made me passionate and start asking, ‘Are there alternatives to this?’ and what progress has been made,” said Finch.

Despite her disagreements with the university’s use of animal testing, Finch still applied and was accepted to UW Tacoma and started attending classes in fall 2020 in the computer science and systems program. “The long-term goal is more important,” she said. “UW has a great computer science program both at the Seattle and Tacoma Campus. Also, being a public university made it very accessible to me financially. It's more important that I get the schooling and really find a field that I can support myself and be able to contribute to society.”

Born in California and later attending high school in Idaho, Finch decided that she wanted to come back to the “true West Coast” and moved to the Bay Area where she began her college career at University of San Francisco where she majored in philosophy. Finch decided to leave the school at the end of her first year and move to the Washington.

Finch earned an associate’s degree at Green River College before transferring to UW Tacoma “One thing I liked about UWT was that the campus was smaller, more intimate,” she said. “You get to know your professors and peers a little bit better. The class sizes are much smaller and it seems like a more tight-knit community as opposed to going to the Seattle campus.”

While on campus, Finch got involved in two main organizations. One was Women in Computing Sciences (WICS) where she served as the event coordinator and organized panel discussions with current students and alumni. Finch also served as senator for the School of Engineering and Technology in Associated Students of UW Tacoma, the student government organization.

Using her voice to speak for the student body, she was able to gather quotes and signatures from her peers in CSS and send a letter to the UW Tacoma chancellor petitioning to allow the students in the program to complete their courses online for the duration of the quarter rather than returning to in-person classes in January.

Heather’s goal after graduation this June is to move back to California to gain experience in software engineering at a tech company with hopes to gain on-the-job experience with coding and to help pay for graduate school. “My short-term goals after graduation are to get some industry experience and save up for pursuing a master’s degree or Ph.D. with a focus in computational biology, synthetic biology, or something similar,” she said. Finch plans to then transition back into her passion of medical research and finding a career where she can continue her fight for animal rights.

“Long term, I hope to be working in this field, helping to develop tools that medical researchers can use to further their research [finding alternatives to animal testing],” she said.