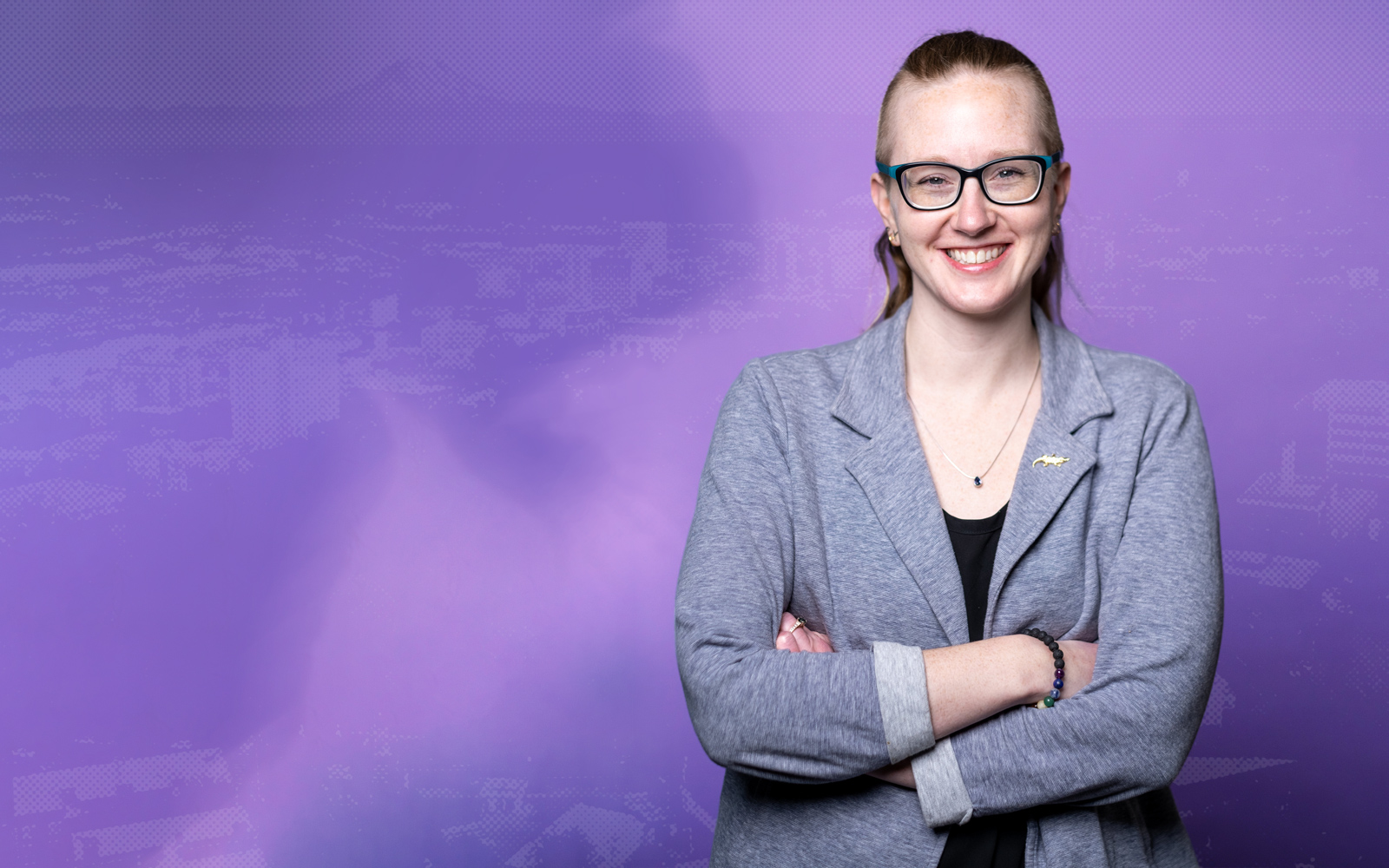 The Right Time and Place

There’s this adage that “timing is everything.” That’s an exaggeration, but not much of one. Timing is important. In our day-to-day lives ten seconds can determine whether we miss the bus and are subsequently late for school or work. In sports, a fraction of a second can decide who wins and who loses. If we take a broader view, we find that the shelves of history are stocked with such moments. It’s worth keeping in mind that these “moments” are often the results of larger societal and cultural forces that play out over years.

“I’ve just been really impressed by how accessible and understanding UW Tacoma professors have been.”

Timing isn’t always about the split second. Sometimes it’s about cycles and context. Take college for instance. Going to school might be difficult for some when they’re younger but easier when they get older. Maybe attending college right out of high school didn’t work out, but not because a person couldn’t do the work. Maybe that person wanted to experience more of life first. There are any number of factors that influence timing, but, in the case of college, while the “right time” might be influenced by external forces, the decision when and where to attend is deeply personal.

Born and raised in Kent, Samantha Smith is the youngest of six siblings. After high school, Smith went to college in Utah before taking a break from school in 2009 to pursue an opportunity in Chile.  Smith left school in 2009 and didn’t return until 10 years later. During those intervening years she worked as an English teacher in Chile (she’s fluent in Spanish) and later as a legal assistant at a local law firm that specializes in immigration where she is still employed. Smith likes her current position but felt something was missing. “I had this burning goal to go back to college,” she said.

A few obstacles stood in Smith’s way. The first had to do with finding the time and support to care for her daughter while working and going to school. The barriers didn’t come down, but they did become easier to maneuver over and around when Smith met her current partner. “He is fantastic and wonderful and played a huge role in helping me so I could go back,” said Smith.

The second obstacle turned out to be doubt. “I tend to feel most anxious when I don’t know what to expect, and I did not know what to expect as a 33-year-old going back to get an AA and then a BA,” said Smith. “Would I actually be able to do this? Would I do a good job?”

Smith enrolled at Green River college in 2020 and completed her associate’s degree before starting at UW Tacoma in the winter of 2021. She’s double-majoring in sustainable urban development and law and policy. “My work as a legal assistant allowed me to see firsthand the different playing fields that people are operating from and how policy directly impacts peoples’ lives,” said Smith.

Smith’s interest in the intersection of sustainable urban development, policy and economics led her to start volunteering with the Kent Downtown Partnership (KDP). The nonprofit is a “volunteer driven organization centered around community” that shapes “the image of our downtown as a community hub.” “My love of small business started when I lived in Chile and slowly grew over time,” said Smith.

“I had some co-workers at my current job that graduated from UW Tacoma and loved it.”

Over the longer term, Smith plans to pursue her varied interests. “Ideally I’d like to work as a policy analyst for the State of Washington on issues related to sustainable urban development and equity,” she said. Smith’s interest in the “global South” means she wants to look around to find solutions to problems. “There is a lot of wisdom in listening and learning from other countries about how they deal with issues like sustainability,” she said. “I think a lot of innovative and scalable solutions are going to be coming out of the Americas, just from further south.”

There’s another adage about the “right time and place.” For Samantha Smith, the right time is now and the right place is UW Tacoma. Smith’s initial anxieties about returning to school have receded, in part because she’s thriving. Case in point, she received the Erling O. Mork and Ryan Petty Endowed Scholarship. The scholarship is awarded to students in an Urban Studies degree program. “It meant a lot to me from a financial aspect. It helped remove some of the burden,” said Smith. “More so, receiving the scholarship reinforced that I was doing a good job and, for me, that meant even more than the money.”

Part of ASUWT's goals for the 2022-2023 school year is to create community and campus partnerships to provide affordable student housing for University of Washington Tacoma students. This article will serve as a living document detailing the progress in meeting that goal.