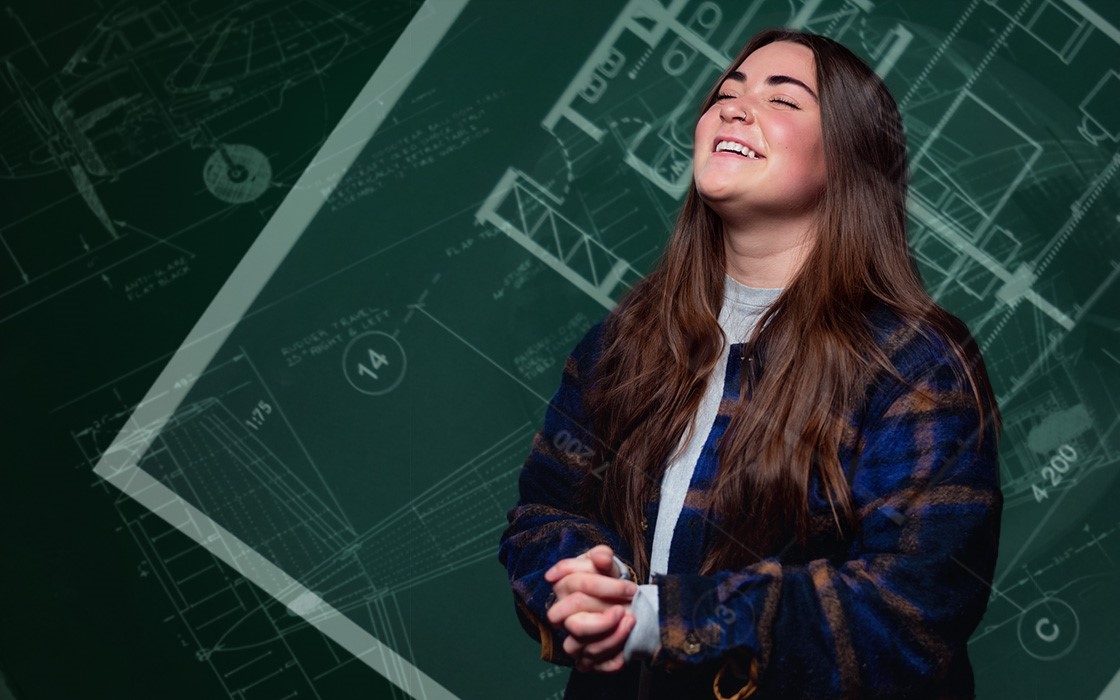 In UW Tacoma's mechanical engineering program, Paris Weber found the intimate class size and connection to faculty she was seeking.

The third-grade version of Paris Weber wanted to be a teacher. Later, she changed her mind and decided to become a doctor. “I stuck with that one for a while then in high school I remember someone talking about biomedical engineering and I thought making things for the medical field would be cool,” said Weber.

Weber graduated from Curtis Senior High School in June of 2018 and started at UW Seattle a few months later. Life seemed pretty clear cut for the then 18-year-old. She would get a degree in biomedical engineering then head out into the world.

Except, it didn’t happen that way. “UW Seattle was just too big,” said Weber. “It wasn’t my cup of tea.” Weber left the university and moved back home to attend Tacoma Community College (TCC). Here she took a class from a faculty member named Keith King. “For the first time I felt seen,” said Weber. “Sometimes he would be teaching and I felt like he was teaching it just to me.”

The class Weber took from King dealt with energy systems. “We talked about car engines and about steam cycles,” she said. “It was so interesting.” Weber’s curiosity led her to mechanical engineering and UW Tacoma’s Program Chair for Mechanical Engineering Heather Dillon.

The two met during an open house at TCC for students interested in pursuing an engineering degree. Weber and Dillon got to talking and quickly established a connection. “We spent a lot of time talking about her experience in the field,” said Weber. “She was just really easy to talk to.”

Weber decided to apply to the mechanical engineering program at UW Tacoma. Not long after receiving her acceptance letter, Weber received an email from Dillon. “She reached out last summer and asked if I wanted to do research with her,” said Weber. “I’ve been working with her ever since.”

The eight-year-old version of Paris Weber decided teaching wasn’t for her. Yet, it seems in her nature to help others. The second of four siblings, the then 15-year-old Weber took on a caregiving role to her younger brothers when her parents divorced. Later, at UW in Seattle, Weber helped other students in her calculus class who were struggling. Even now, Weber works as a physics tutor at TCC. “I always find myself helping the people around me with school,” she said. “It’s gratifying.”

The narrative arc of Weber’s story is coming back on itself. She has returned to the idea of teaching. “I want to be a professor,” she said. “I think one of the reasons I chose mechanical engineering is that the discipline is so broad and there’s a lot I can do with it.”

A Ph.D. is still a few years away. For now, Weber is busy helping Dillon with her research. She is also working with a group of others to start a club on campus called The Society for Women Engineers. “I love it here,” she said. “The faculty have been amazing and this is such a tight-knit community that I feel like I’ve become friends with everyone.”