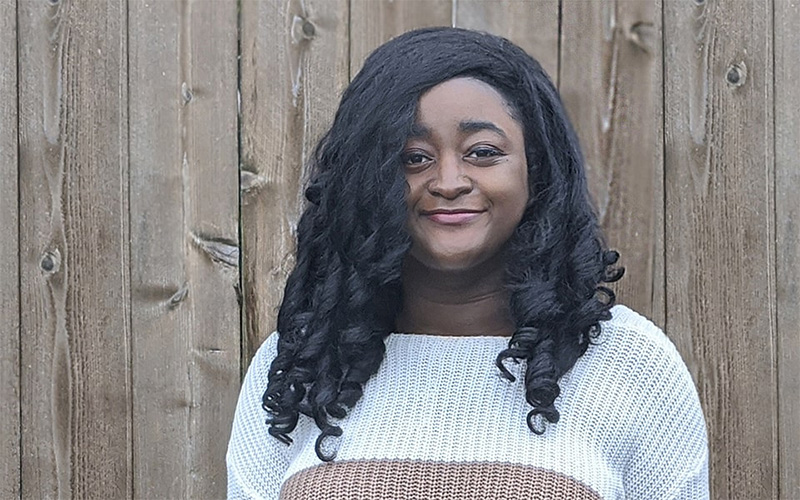 UW Tacoma alumna Christian Bell is using skills she honed at UW Tacoma to help stop the spread of COVID in Pierce County.

As of this writing, nearly 21 million Americans have been diagnosed with COVID-19. Of those, more than 350,000 have died. Data from the Centers for Disease Control and Prevention (CDC) show Black and brown communities are more likely to contract and die from the disease as compared to white, non-Hispanic communities.

Archway received a contract to run BHPC that is renewable for up to one-to-four years. The first phase of the project will focus on COVID. “Our priority is to foster community conversations, to share COVID-19 information and resources, and also to support one another,” said Bell. “We are also collaborating with Black and POC leaders, health professionals, local small businesses and community partners to help spread the word.”

Bell is the project lead for BHPC. She writes and designs posts that appear on the campaign’s Facebook, Twitter and Instagram pages. Bell also did the creative for a set of ads that started running on Comcast in late December.

This isn’t quite what Bell expected when she first came to UW Tacoma in 2017. Bell loved to write and saw herself working for a newspaper or a non-profit. “There’s just something magical about turning words into sentences and those sentences become stories,” she said.

Bell decided to pursue a degree in writing studies along with two minors, one in non-profit management and the other in global engagement. She also went to work for “The Ledger,” the campus student newspaper, as the opinions editor. “I never really thought of myself as an opinionated person because I’m kind of an introvert,” she said. “As it turns out, I’m pretty opinionated.”

The now-23-year-old developed confidence in her writing through coursework and through articles she penned for “The Ledger.” “I think one of the biggest highlights of my time at UW Tacoma was my participation in the Global Honors program,” she said. Here Bell honed her research skills and got the chance to learn from both on- and off-campus experts.

Bell got hired at Archway partly due to some work she did through Global Honors.  A few years ago, MultiCare physician Enrique Leon ran for a position on the Board of Directors of Tacoma Public Schools. At the time Leon also served on the Global Honors Advisory Board. Archway provided political consulting and managed the marketing side of the Leon campaign. “The campaign wanted students to help run its digital strategy,” said Bell. “I ended up getting picked as lead digital strategist along with Isabell Murray who served as campaign manager.”

Bell impressed the team at Archway and she ended up staying on with the company. “It’s just been wonderful,” she said. “If I could tell anyone anything, it’s that there is always a door. Don’t shut out your opportunities.”

This particular opportunity allows Bell to do what she loves — tell stories. “This is what I want to do, she said. “I want to be part of a movement to share information with the community with the goal of reducing rates of COVID-19 and ultimately saving lives.”