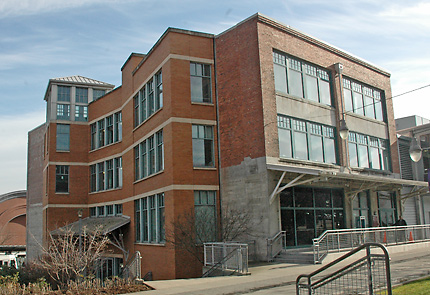 Edward J. Walsh and Alexander R. Gardner, founders of Walsh & Gardner, supplied pipes, valves, fittings and fixtures to shipbuilders. They commissioned architect Carl A. Darmer, whose work is seen in several UW Tacoma buildings, to design this building as their warehouse. The four-story brick building features sidewalls of reinforced concrete, an innovative idea at the time, which distinguishes it from its older brick and timber neighbors.

In 1920, two former Walsh & Gardner employees and a third partner acquired the property and formed a new company, the American Plumbing and Steam Supply Company, which continued to operate out of the building for many years.