Dr. David Coon, a scholar and professor at UW Tacoma, discusses his experience with community partners as well as past and ongoing projects. 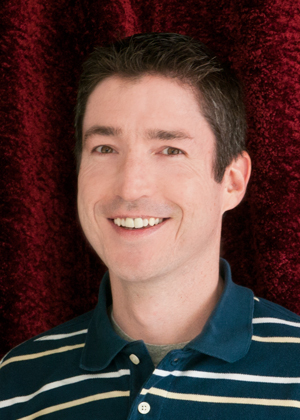 During the Feb. Office of Community Partnership Collaboratory drive, we were able to connect with Dr. David Coon, a scholar and professor at UW Tacoma in the Culture, Arts and Communication division of School of Interdisciplinary Arts and Sciences. In doing so we were able to explore his work with Our Stories, Our Voices: The Old Lesbian Oral Herstory Project, the Reel Queer Youth program along with his continued involvement in local filmmaking events.

His work with Oral Herstory, which occured in 2017, began as a small project to document live sessions of a conference being held in the area. Yet, after initiating the process, Dr. Coon and Kathy — a representative from the Puget Sound chapter of Old Lesbians Organizing for Change (PSOLOC) — realized the potential to expand this into a higher quality piece.

Contrived of speakers from the Puget Sound region, the project composed excerpts of stories and interviews from women across the country to document their experiences and history from an oftentimes overlooked perspective.

Dr. Coon’s role in this project, as he notes, was not in collecting the stories, but instead in finding a way to compile and contextualize these stories to disseminate them to a broader audience.

“It was really about just kind of me lending my expertise and resources to the project that they already had up and running,” he said. “It was their project and the whole idea of it was rooted in the desire to collect these stories from these older lesbian women who are often silenced in our society, and so the last thing I wanted to do was alter their stories and turn it into somehow my project.”

He noted that he was “facilitating as best as [he] could,” to hone his passions and experience to aid in bringing communities together.

This type of relationship is apparent in his partnerships with local film festivals and summits as well. The work he’s done with these is not categorized as a project per se, but more of an ongoing relationship where he can aid in resource acquisition, outreach and lending his knowledge.

He had initially reached out to the Grand Cinema on the basis of potentially co-hosting a queer film festival who, at the time, didn’t have the capacity to do so, but were able to involve him in other ways. This involvement has allowed him to work with the Grand Cinema to build a community of filmmakers and film lovers with an emphasis on community and locality.

“In the various projects that I've worked on with them, I think they've all kind of contributed to that larger goal of just kind of raising visibility, making people aware of what's out there, what their opportunities are and just kind of promoting film in a variety of ways in the region,” he said.

Moreover, Coon also works to extend this reach by inviting speakers as well as bringing screenings and lectures to campus to increase this visibility to students who are interested while also working to bridge relationships between guests and outside organizations to our university.

Working closely with other organizations, such as the Three Dollar Bill Cinema, as a community co-presenter, much like his role in the festivals at the Grand. In 2017, Coon partnered with the Three Dollar Bill Cinema to bring the Reel Queer Youth workshop, which occurs annually in Seattle, to Tacoma for the first time. This was partially made possible due to the resources he has access to on campus — such as space and equipment.

The week-long event brings LGBTQ youth and their allies together to create teams, flesh out ideas and materialize them into film projects they show to friends and family at the end of the week. Unfortunately, due to funding issues, this workshop has only been able to come to Tacoma once, but Coon hopes to revisit this opportunity down the road.

Since moving to Tacoma in 2008, Dr. Coon mentioned the ways in which these projects allow him to build on what he’s already passionate about outside of the classroom to connect with others beyond a strictly academic setting.

“For me, what I've enjoyed about the various projects is that it's just about kind of expanding my work to a different audience into a different venue,” he said. “It's one thing to be teaching in a formal classroom or to be conducting research that is really just engaging with other scholars. But it's another thing to be able to kind of take that teaching out into the community or to facilitate other people.”

While COVID-19 has placed unprecedented challenges on many areas of the economy, the cancellation of many events, summits and festivals earlier this year had shown the art scene to be one of those most heavily impacted.

While a lot of the projects he is involved with focus on bringing people together and working with others in physical proximity, Dr. Coon is hopeful that it won’t be too long before they can get back to work. Now, with resources like the Tacoma Creates Initiative underway, there’s more city money generated towards funding these types of projects.

Coon also highlights the importance of reaching out to community partners and building relationships as a means to not only accumulate funding, but also to diversify your scope, be open to ideas and discover new opportunities.

“For the most part, the projects I've worked on were not things that I started or set out to do. They were more about opportunities that came up and I felt like I was a good fit,” he said. “It isn't always about generating, creating or seeking out projects. It's more about being open to them when they present themselves and about making connections with people, so that when something does come up, the project has a chance to get off the ground.”