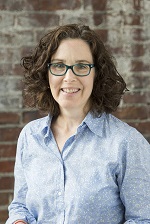 Dr. Joanne Clarke Dillman teaches a variety of film classes, from Introduction to Film Studies, to Feminist Perspectives, Media Genres and Film Theory and Aesthetics, among others. She also teaches an Introduction to Screenwriting class. She has taught in both the Core Program and continues to teach in Global Honors. Her focus and home program is in Arts, Media, and Culture. Dr. Clarke Dillman’s degrees include a bachelors from Brown University, MFA in Film from Columbia University, and PhD from George Mason University, with areas of specialization in Visual Culture and Feminist Media Studies. Dr. Clarke Dillman's PhD's work is on the intersection of issues of gender, class and power in American visual culture, with an emphasis on film. Her book, "Women and Death in Film, Television and News: Dead But Not Gone," was published in November, 2014.