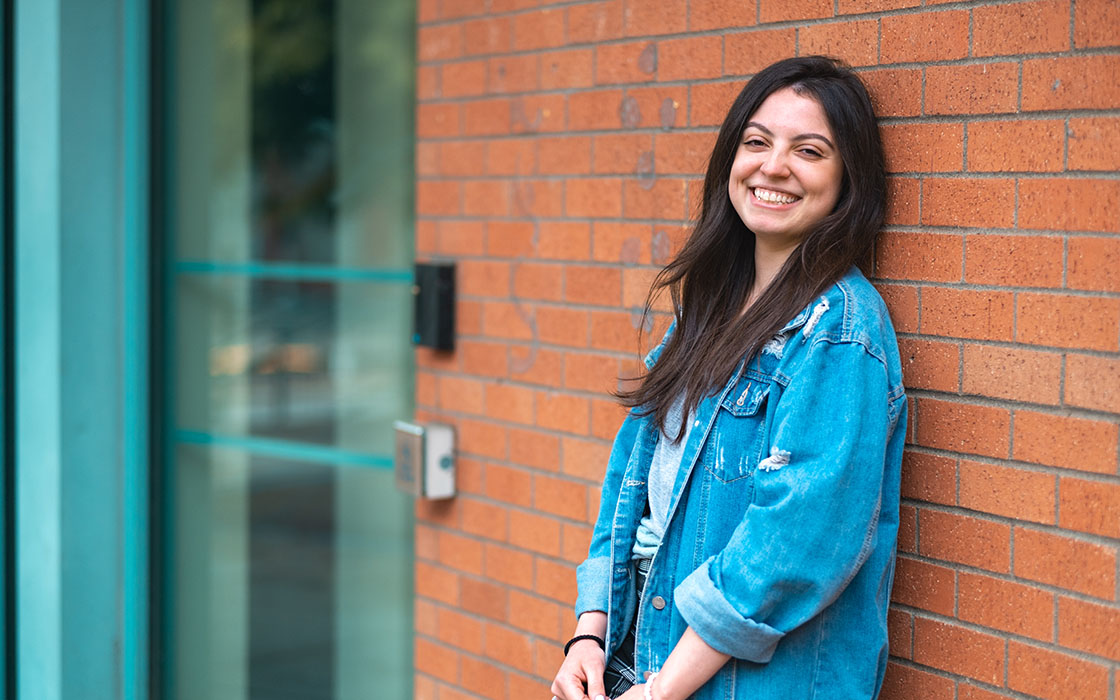 Leticia Barreto took a leap of faith. At age 17 she he moved with her family from Brazil to the U.S. when her father accepted a teaching position at UW Tacoma. “I came here six years ago in my junior year of high school,” Barreto said. This time is typically when high school students are busy making plans for their future “I didn’t know anything about colleges here, or any of the processes,” she said. “It was all new for me.”

After graduating from Curtis High School, Barreto followed the advice of friends and high school officials who told her that she could save a lot of money by going to community college, so she enrolled at Tacoma Community College.

“In 2019, I was going to transfer to Washington State University,” Barreto said. “I had a dorm, classes, everything all set and I was ready to go.” But her close relationship with her family, particularly her mother, led her to make a last-minute change. “I told my mom, ‘I don’t want to be five hours away from you,’ and so I went to UW Tacoma instead,” said Barreto.

Barreto started at UW Tacoma just before the pandemic began. She fell into the habit of going to class and then leaving for the day, not getting into campus life, nor getting involved – but simply returning home to Fircrest where she lives with her family. That didn’t help her natural fear of public speaking. “When COVID hit, that just made it worse,” Barreto said.

By the time students and faculty began to return to campus, Barreto said she was ready to go back, too. “I wanted to get more involved and so last summer, I just decided to go for it and do as much as I could do on campus,” she said.

Barreto got a job as a Pack Advisor on campus, allowing her not only to learn about all the resources for students, but help connect incoming students to those services as well as meet new people.

She also got a job as an assistant at the Teaching and Learning Center (TLC). “When I first transferred here, I didn’t know anybody and I couldn’t make friends in those few months before the pandemic hit, so being a Pack Advisor helped me connect to people, and my fellow advisors and supervisor, we’re like family now after training together all of last summer,” she said. “I wanted to help people make those same connections. UW Tacoma is a small campus, and there's just so many ways you can connect and participate.”

Barreto found another way to connect as the Urban Studies Senator for ASUWT. “It’s my senior year, I wanted to do everything I could and get involved,” she said. Those opportunities, along with the classes, also gave her the chance to get out of her comfort zone, speak more in large groups, make presentations and lose her fear of public speaking. “Now, I don’t even think about it, I just go and do it,” she said.

Barreto graduates in June and will start work in the fall on a master’s degree in urban planning at UW in Seattle. For Barreto, majoring in urban studies and continuing on to a graduate degree connects her past in Brazil to her present here in the U.S. “I come from a huge city, Sao Paulo, in Brazil,” said Barreto. “It’s gigantic and I was raised in the middle of construction and building, and more construction and more building,” she said.

“It was a comfort to me and it’s such a difference between that, and living now in Fircrest, a very small town. I love learning about the differences in these places and what makes them different.” Barreto said she wants to explore more of what cities and towns have to offer, particularly when it comes to architecture and the differences from place to place.

Barreto maintains a very close relationship with her parents and family. “It’s not in the Brazilian culture to move out of the house when we go to college,” she said. Her older brother stayed in Brazil and obtained an engineering degree from a college there in 2020. Her younger sister came with the family to the U.S. and is just about to start a nursing degree at Tacoma Community College. Barreto’s master’s program is primarily online. “I’ll get to stay here in Fircrest and live at home and that makes me happy – it also makes my mom happy,” Barreto said.

While she doesn’t quite know what comes after her master’s degree, she has certainly chosen a direction. “I do want to go at some point for maybe a Ph.D. in Architecture and maybe open my own office,” she said. “I want to be a CEO.” Barreto knows she’s come a long way, but she said she feels empowered by what she’s learned and done at UW Tacoma. “Tacoma holds a special place in my heart,” she said.