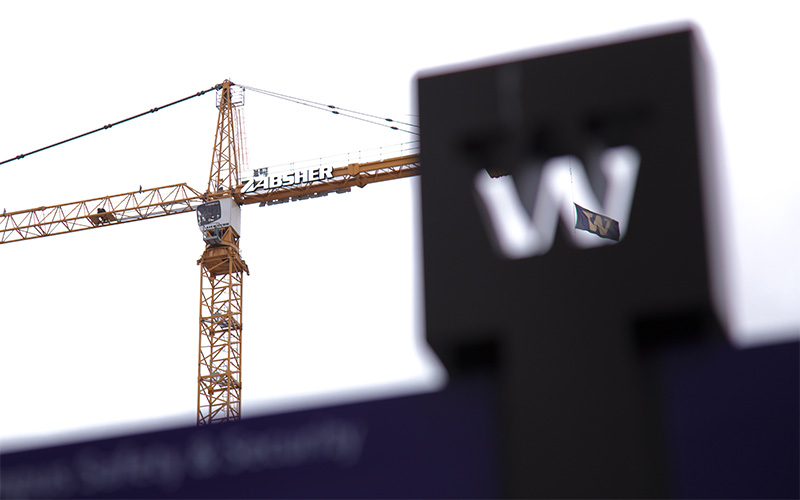 In South Sound Business' January cover story, Dr. Ali Modarres warns that Tacoma has a bright future, but that we must plan for the future with care.

“The future is bright, but it requires care.”

He is quoted in the January cover story, “Tacoma Rising,” of South Sound Business, published by Tacoma’s Premier Media.

The story describes a City of Destiny on the ascendence. “No matter how one might classify what's happening in Tacoma, the dawn of the new decade is full of promise for the city, according to business and academic observers,” writes author John Stearns.

“As Tacoma looks ahead and shapes its future, it’s important to look at some of the many sparks over the years that kindled the renaissance. Establishment of UWT is universally considered a watershed event," writes Stearns.

Modarres told Stearns that with balanced growth, the mix of tech, non-tech and production jobs will also be in balance, but that planning now is required to ensure that balanced growth.

“You’re going to see some excitement in the next decade; in other words, the level of investment by 2025 will be quite obvious to everybody,” said Modarres. “By 2025, we should see significant changes in the region. By 2030, we will get to that balance point I think ... [and] we would be in a position to sort of think about where we are and strategically decide how we want to go to the next steps of the growth.”

“This is the moment to make a decision,” said Modarres. “It’s like right before you go to college; you have to decide what you want to do. If you don’t, you may meander and meander, and if you’re lucky you will find your way through it. If you’re not lucky, it’s not going to be a pretty scene. We’ve seen enough cities go through that problem that we don’t need to replicate that. We don’t need to be in the same spot 20 years from now saying, ‘We wish we had thought about it.’”