After 25 years of social work practice in the field, much of which had been and still is centered around older adults and LGBTQ+ individuals, Dr. Charles Emlet came to UW Tacoma in 1999 and has been teaching social work practice, research methods, spirituality in social work and aging gerontology ever since. During our Feb. Collaboratory drive, we were able to reach out to and speak with Dr. Emlet about the work he’s doing in our community. 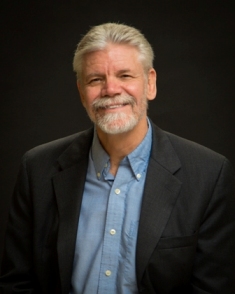 After 25 years of social work practice in the field, much of which had been and still is centered around older adults and LGBTQ+ individuals, Dr. Charles Emlet came to UW Tacoma in 1999 and has been teaching social work practice, research methods, spirituality in social work and aging gerontology ever since. During our Feb. Collaboratory drive, we were able to reach out to and speak with Dr. Emlet about the work he’s doing in our community.

After having been settled in Tacoma for a few years, the AdvantAge Initiative in Puyallup — an initiative for age friendly communities — asked Dr. Emlet to sit on the task force. During his time here, the force created a survey that was sent to Puyallup residents 65 and over to inquire if Puyallup was an age friendly community. The issue here, with the task force, was that it was a short term grant-funded project.

“The funding went away and the task force disbanded but a group of us were saying ‘We’re not done. We’re just getting started’,” said Emlet. “These are long-term systemic changes that we’re looking to make.”

So, Emlet and this smaller group of those who collaborated previously continued meeting. Despite not being sanctioned to do the work, they refused to abandon their efforts to pursue the work they saw necessary.

After evolving, it became apparent they needed form or band with an organization to continue. After thoughts about connecting with the city government or an external force, they decided to establish Puyallup Area Aging in Community Committee, a 501c3 private non-profit. Now, as former president of the committee, Emlet stated that their mission “is education and advocacy around aging.”

With this model, the committee worked closely with city officials to apply for an Age Friendly City designation through their mechanism. In March of 2016, after restrictive difficulties and completion of the formal processes, Puyallup then became the first AARP World Health Organization Age Friendly City in Washington.

Through AARP’s and the WHO’s mechanisms, Emlet and the committee established eight domains of livable communities: housing, social participation, health services, social inclusion, civic participation and employment, communication, outdoor spaces and transportation. With these domains, they instituted a community needs assessment and then using the data collected, they developed a multi-year action plan, which was instituted after passing through city council.

With the city council, they identified four of the eight domains they wanted to work on: transportation, housing, social inclusion and communication. Working on developing a domain task force for each area, a city council liaison and the head of Parks and Recreation are working jointly to institute heads of each four separate task forces to put more meat around each pillar.

Initially expected to be completed by May this year, the project has since garnered extensions. When asked about meeting demands and continuing to ensure livability standards are met when the deadline arrives, Emlet noted that their work will continue on.

“What’s good for an age friendly community, or what’s good for older people in the community, is good for people of all ages. Benefits run across generations,” he said. “I cannot imagine that just because there’s some date that hits the calendar, this will dry up. People have put decades of work into this project. Time has relative relevance.”

Unlike Seattle’s age-friendly community, which is largely government driven with extensive grants and funding pouring in, the driving force behind Puyallup is the people.

“Our model is community driven, it’s consumer driven. The city government is certainly involved, but they’re not quite driving the bus like in Seattle,” said Emlet. “We don’t enjoy things like huge amounts of money from the city infrastructure. It goes back down to grassroots organizing and a grassroots sense of what people in the community want. People are in this for the long haul.” 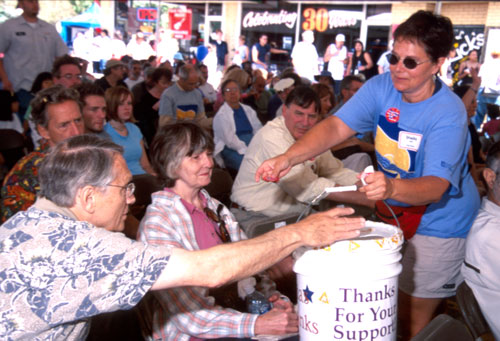 Noting they have made some wonderful strides, their progress has not always been the easiest. Despite holding satisfactory ties with city council, turnover happens annually and once they move up the pillar, Emlet pointed out that their progress is tied closely to the whim of city government. With this in mind, he mentioned this process took two or three years longer than it should have due to barriers stemming from these kinds of obstacles.

Regardless of frustrations, they upheld tenacity, and now after changes in city government, the committee has ties to a liaison that helps the process run more smoothly. And when asked about these barriers or dismissal of their actions by city officials, Emlet had this to say:

“As a society, we’re scared to death of getting old. You never know about this pushback, or this resistance to dealing with aging. Is it political? Is it competing demands?” he said. “They don’t want to deal with this topic. Part of it is education, part of it acupressure — finding the pressure points in a system that create change — or systems diagnostics.”

And if there’s one thing Emlet has learned from this long-term, ongoing project, he said it would have to be patience and perseverance.

“This has taught me patience. If you want change, stick around. Don’t go away, be respectfully abstinent and keep plodding along.”

Photo courtesy of the Puyallup Area Aging in Community Committee

Doing the Hard, but Necessary Work

Someone to Look Up To

Social Work & Criminal Justice Dean Keva Miller has become a person like those who nurtured and mentored her throughout her life — someone whom others look up to.