Waste we generate on campus and at home has a significant impact to our environment and climate. organic waste such as food scraps, paper towels, and paper, decompose anaerobically (without oxygen) inside a landfill which creates methane, a potent greenhouse gas. Also leaks from these landfills can contaminant local water sources and harm wildlife. When a landfill is filled up, an additional landfill is opened to accommodate the growing population and waste generation. Some of the items in a landfill will take thousands of years to decompose and will stay in the ground for generations. Therefore, UWT has taken many steps to reduce the waste being sent to the landfill.

UWT generates hundreds of tons of waste every year. However, facilities has been able to implement successful recycling and composting programs. We introduced the Big Belly solar-powered trash bins all over the campus which is one of the reasons landfill waste has decreased over the last few years as the graph below shows. 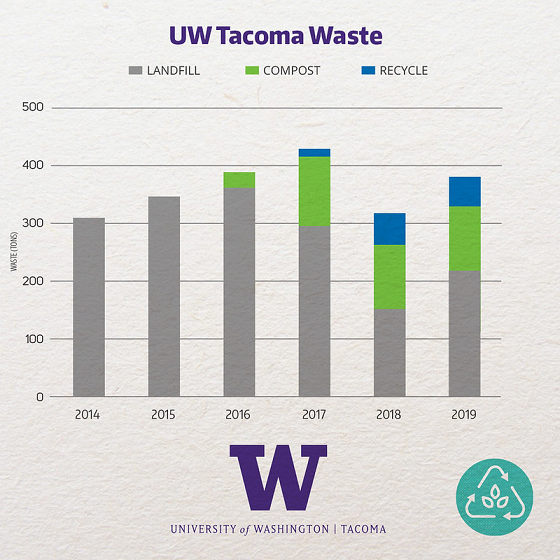 in 2017, the campus first installed the big bellies all around campus and they have been successful in diverting waste from landfill. Also the addition of compost bins on campus and in the restrooms have further reduced the waste sent to landfills.

Inside the buildings are also many bins that are labeled with signs for recycling, compost, and landfill. Unfortunately, there is still a misconception on what items can and cannot be recycled. Below is graphic from the city of Tacoma that shows what can and cannot be recycled. When in doubt, throw it out. If you are unsure if the trash is recyclable, then it should be thrown in the landfill waste because if a batch is contaminated with too much un-recyclable materials, then it all goes to the landfill. It also increases the time, labor, and energy it takes to sort the waste.

Composting allows the organic waste (paper towels and food scraps) to be aerobically decomposed which releases carbon dioxide instead of the more potent greenhouse gas, Methane. Composting also allows the nutrients and carbon to return back into the soil instead of locking the nutrients into a landfill. Also, studies have shown that the composting process can break down organic pollutants such as pharmaceuticals and toxic chemicals. The compost collected on campus is sent to Cedar Grove which get turned into mulch or compost. To see exactly what is accepted in the compost bins around campus please look at cedar groves accepted list found here. 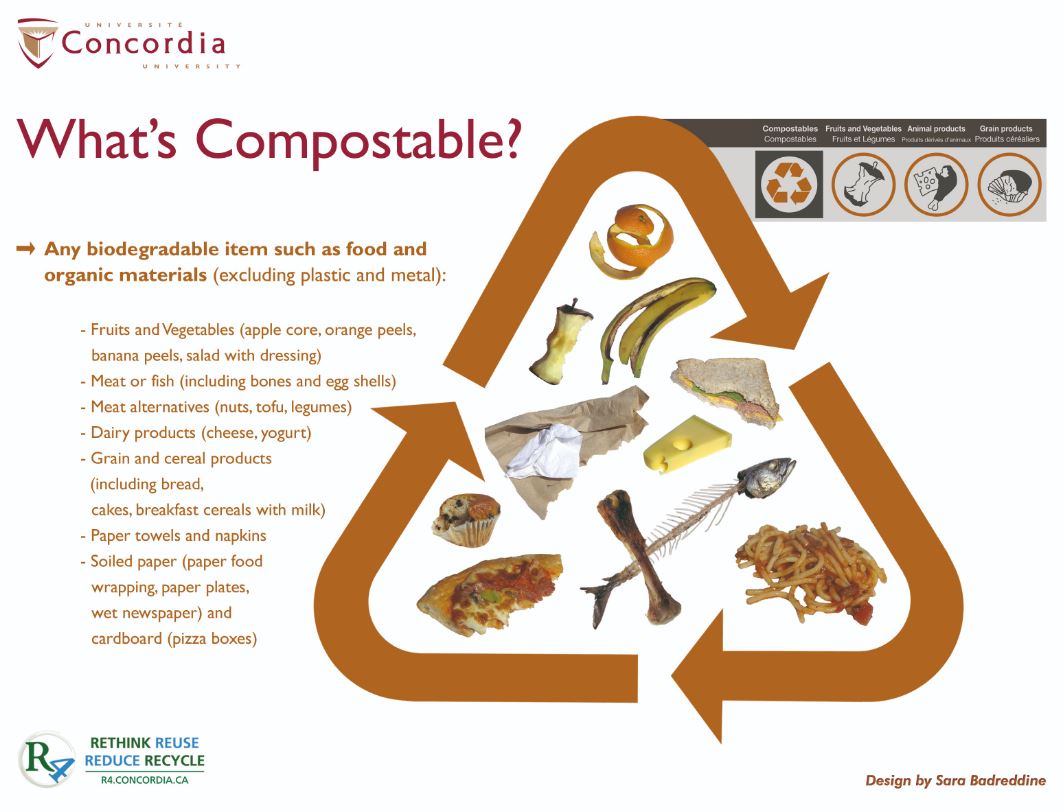