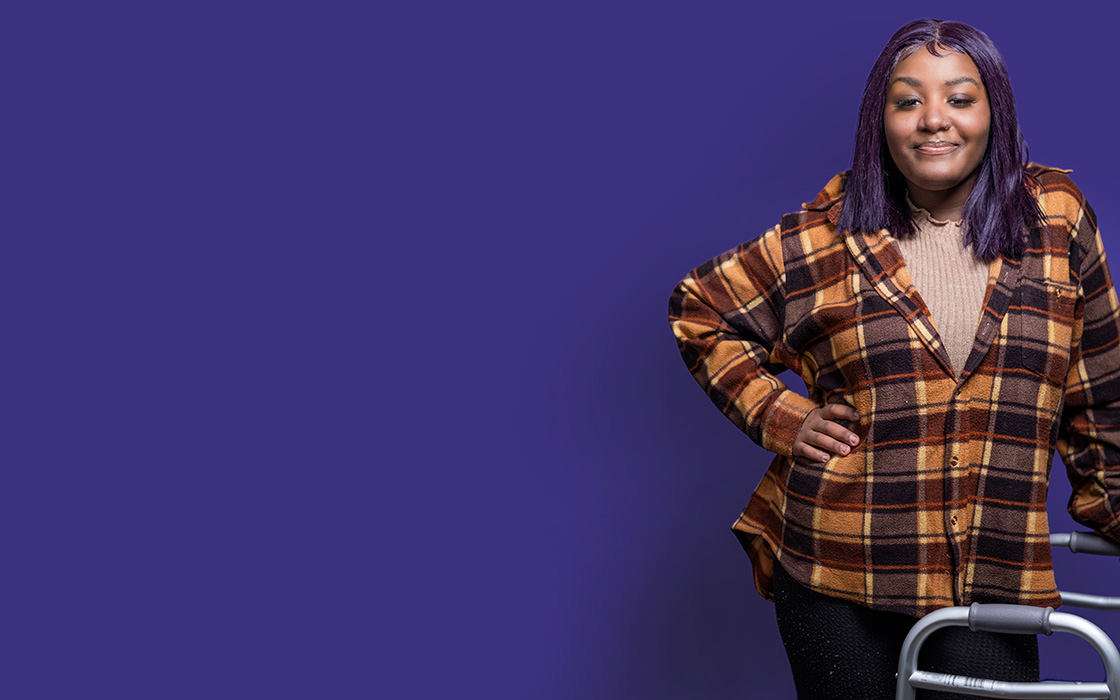 Chanise Jackson: The Fire Inside

UW Tacoma senior Chanise Jackson is getting ready to graduate, four years after a medical diagnosis threatened to end her college career before it started.

School is painful for Chanise Jackson.

“Every morning, despite the inflammation and joint pain I make the conscious decision to get up and move forward,” she said. “Sometimes I have to fight myself to get out of bed or even soak my hands in lukewarm water just so I can write without pain, but it is something I do, because I want to be here.”

Jackson has lupus, an autoimmune disease where the body essentially attacks itself. Inflammation caused by lupus can affect different parts of a person’s body, including the joints, kidneys, brain, heart and lungs. There is no cure but the disease can be managed. Even then, flare ups, like the one that almost stopped Jackson’s college career before it started, are common.

Jackson arrived at UW Tacoma from Fredericksburg, Virginia in January of 2019. Her arrival happened both later than anticipated and earlier than expected.

“A debilitating lupus flare up caused me to defer my enrollment,” she said. “Coming out of it caused me to be bedridden and to temporarily lose mobility in my legs and muscles.”

“The one thing I kept telling myself in therapy was that if I pushed hard enough I’d be able to defy the odds,” she said. “I made my recovery happen in six months.”

A good student in high school, Jackson had her choice of colleges, but she chose UW Tacoma for a reason.

“I remembered reading about UW in general and being intimidated by the size of the Seattle campus, so I started looking for similar institutions that would allow the same education but with a more intimate mission and scene,” she said. “I looked for a highly diverse institution that would empower our individualized cultures while simultaneously encouraging students to make their own culture as dawgs.”

Jackson is a senior now majoring in law and policy with a minor in global engagement. As a writer there are times when no one word will suffice. Language has limits. To say that Chanise Jackson excelled here is a pedestrian turn of phrase nor is it accurate to say she thrived. When one stops to consider the physical pain Jackson endures just to do her homework, well, no amount of adjectives will ever be enough.

Instead, consider that Jackson is a Truman Scholar. More than 845 nominations from across the country were received for the 2021 scholarship and only 62 students were accepted. Also, Jackson is a Bamford Fellow and currently serves as the ASUWT Senator for the School of Interdisciplinary Arts & Sciences.

A first-generation student, Jackson graduates this spring and will eventually attend law school. In the short-term she plans to work, or possibly help manage a nonprofit, that serves the homeless populations in Virginia. Jackson’s commitment to service, and indeed, her passion for education is borne of personal experience.

“I personally always knew I wanted to go to college,” she said. “I knew I wanted more for my family after watching us struggle. I grew up extremely low income and marginalized, most times my family and I only survived through the commitment to public service of others. From food and clothing banks to school supply drives, I am here because of the selfless work of so many. My accomplishments as a human being symbolizes the embodiment of what public service can create.”

This view extends to Jackson’s understanding of her success at UW Tacoma.

“What really kept me at UWT, and what completely moved me, was the cooperation of staff in my first year after my flare up,” she said. “I always felt like people cared and were willing to help me.”

When it comes to the classroom, Jackson has high praise for several faculty members, but one in particular stands out.

“The most influential person in my time here would be Dr. Cynthia Howson,” said Jackson. “I could write books about how amazing this human is. When the pandemic started she, no matter what, every time I turned around she was there willing to offer support, advice, kindness and warmth, not only to me but to all of her students. I am so grateful for the battery pack of energy she exudes. I wouldn’t be the student I am today had she not challenged me to move forward in every aspect of my life.”

But here’s the thing.

Moving forward can be painful for Chanise Jackson.

School can be painful for Chanise Jackson.

The pain Jackson experiences pales in comparison to the size of her spirit.

“To most with this disease it’d be easier (and probably smarter) to sit at home and allow my body time to heal,” she said. “But there is a fire that burns in me (both literally and metaphorically) that refuses to be tamed.”