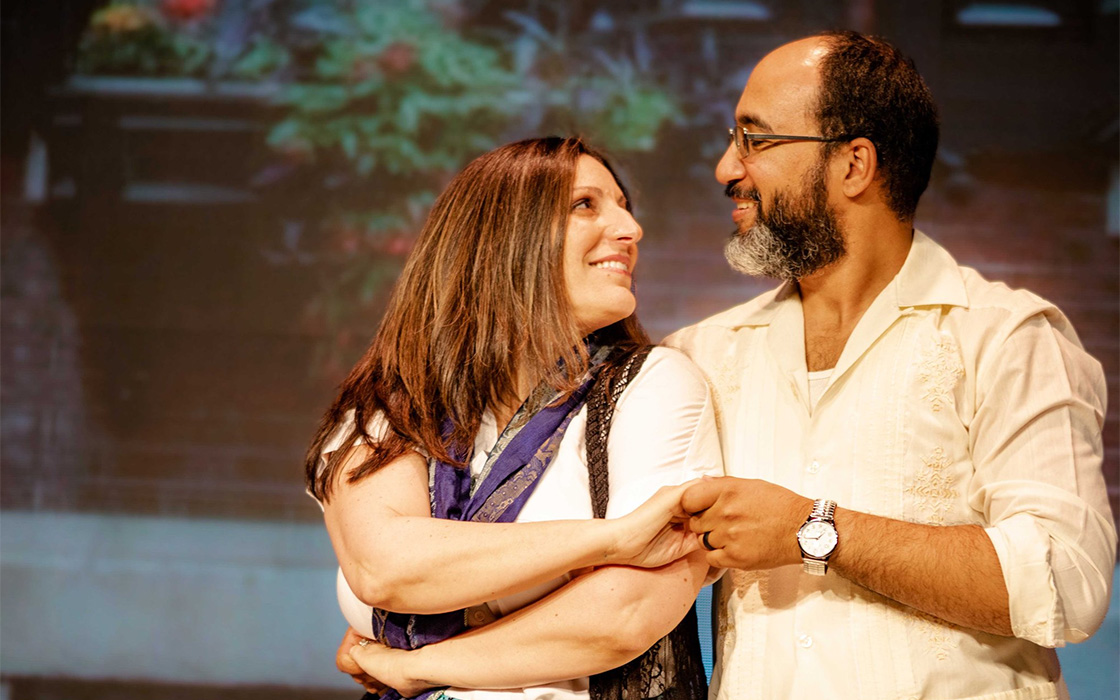 Live theater returns to UW Tacoma with "The Happiest Song Plays Last," in a collaboration with Tacoma Little Theater and Toy Boat Theatre.

“TLT has been wonderful about creating a place for our students to learn. I once had a conversation with Chris Serface, TLT managing artistic director, about our partnership and asked him what TLT gains from his perspective. He said, ‘TLT is a community theatre, UW Tacoma is part of our community. It is our responsibility to serve that community.’ That commitment has been evident throughout this process.”

“The Happiest Song Plays Last” is the final installment of Hudes’s three-part series. “You don’t need to have seen the other two plays to understand this one,” said Bandes Becerra Weingarden. “It’s a strong piece that deals with some difficult subjects including PTSD, death and mourning but ultimately it’s about finding joy in this life despite the hardships.”

Bandes Becerra Weingarden admits to feeling nervous when rehearsals started. “I wanted to set a good example for my students,” she said. “It’s hard to be vulnerable in front of students and to fail a little bit, and have a bad rehearsal day but there’s a lesson in showing how you deal with a that and do it with grace.”

Besides being in the cast, students are also helping in other aspects of the production. “This is actually part of my theater practicum course,” said Bandes Becerra Weingarden. “We’ve got somebody helping with costumes, we have somebody doing sound,” she said. “We also have people doing lighting, stage management and building props.”

Theater at UW Tacoma continues to grow. The pandemic changed how Bandes Becerra Weingarden thinks about her work, but the show, most of the time, still went on. “We did have to cancel our first musical, for which I’m still in mourning,” she said. “However, during winter quarter we were able to host a show on campus.”

That show – “A Night of Discovery” – was a series of scenes wrapped together around a theme. “Our student theater group decided on a theme of self-discovery,” said Bandes Becerra Weingarden. Ensuring the performance remained COVID free required some creativity. For instance, if a scene involved two actors, then only those actors would rehearse together. “Crossover was very limited,” said Bandes Becerra Weingarden. “We also rehearsed and performed in masks.”

The show was a success – in more ways than one. “We had no COVID cases and, most nights, the performances were sold out,” said Bandes Becerra Weingarden.

“The Happiest Song Plays Last” runs weekends from Friday, April 29 to Sunday, May 15. Once that show ends Bandes Becerra Weingarden will shift to thinking about her next project. “We’ll be working with Tacoma Little Theater again to do the musical ‘Rock of Ages,’” she said. “It’s totally eighties music that’s fun and feel-good.”