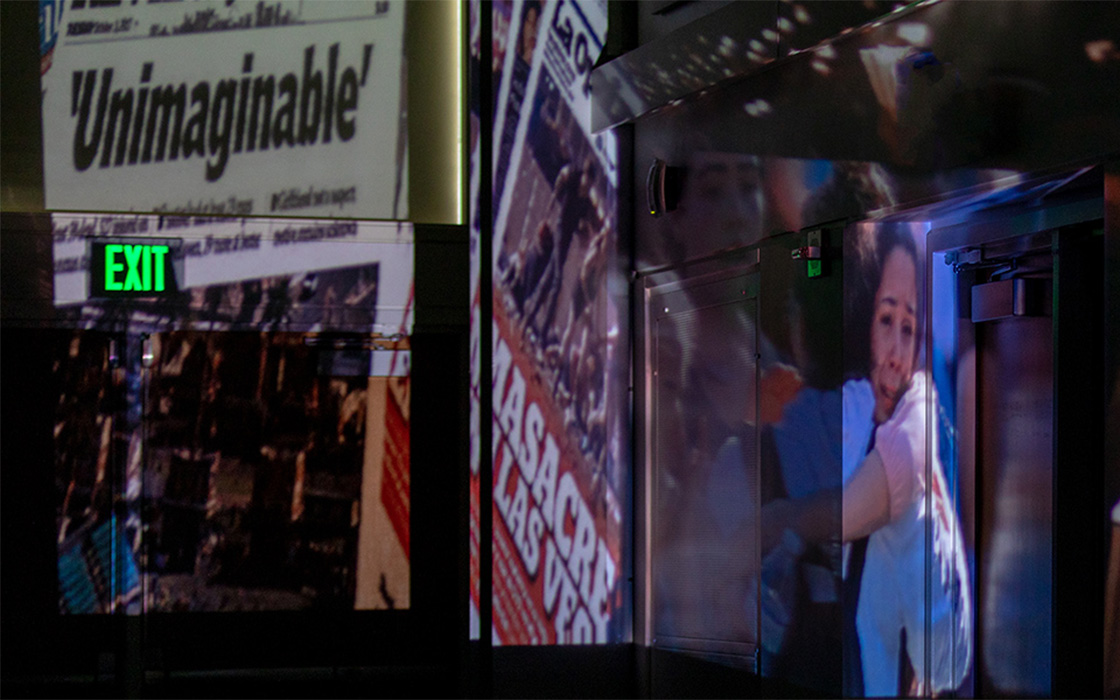 UW Tacoma Associate Professor Eric Madfis is a leading researcher in the study of school shootings and mass shootings.

An incident almost 20 years ago set UW Tacoma Associate Professor Eric Madfis on a path toward his future career. In April 1999, 15 people were killed at Columbine High School. In the months following the massacre, schools across the United States responded to copycat threats. One of those schools was a high school just outside Boston where Madfis was a senior. “Someone wrote ‘Columbine could happen here’ in the boys’ bathroom,” said Madfis. “They also included a date.”

Administrators at Madfis’ school debated whether or not to cancel classes on the date mentioned in the graffiti. They ultimately decided to keep the school open. “It was kind of a wasted day,” said Madfis. “There was only a handful of people in each class.” After last period, Madfis and a friend were walking to his locker. “My friend turns to me and says ‘boy, today sure was disappointing,’” said Madfis. The vice principal overheard the remarks and interpreted them as a threat. “There were a number of ways you could take that comment but it didn’t matter,” said Madfis. “My friend got suspended and was basically told never to come back. He didn’t finish high school.”

This moment resonated with Madfis. Following graduation, he went on to college at Northeastern University in Boston. He originally planned to study law and become a public defender. After taking a sociology course with Dr. Jack Levin, one of the world’s leading experts on serial and mass killers who would later become his mentor, Madfis switched his interest to sociology with an emphasis on criminal justice. He went on to earn a bachelor’s, master’s and Ph.D. in sociology from Northeastern.

Madfis wrote his dissertation on school shootings. “The experience in high school taught me a few things,” said Madfis. “I became interested in not only what causes school shootings but also in better ways to react to them.”

In a broad sense, Madfis researches crime. “I’m interested in what makes people do bad things,” he said. More specifically his work focuses on school violence, mass shootings and hate crime. In 2014 Madfis published a book called The Risk of School Rampage: Assessing and Preventing Threats of School Violence

As part of the research for his book Madfis traveled across the country visiting schools where shootings were thwarted. He spoke with everyone who was willing to talk from superintendents and principals to teachers and police officers. His findings challenge the status quo when it comes to stopping school violence. “We tend to think it’s about increasing security and increasing discipline,” said Madfis. “That wasn’t true in any of the cases I studied.”

In almost every situation Madfis investigated, he found the same thing. It was students, not metal detectors or surveillance cameras that made the difference.  “In these schools, a student heard something or saw something and reported it,” said Madfis. “These kids were in an environment where they trusted the people in power.”

Part of Madfis’ book explores alternatives to more punitive types of punishment. “We have a lot of reactionary approaches that don’t really solve anything,” he said. Madfis points to models widely used in Australia and New Zealand that are based on the principles of restorative discipline. There are different ways to implement restorative discipline but the basic premise is the victim and offender work together to figure out a solution. “In this country, the Oakland Unified School District is really at the forefront of this approach,” said Madfis. “They’ve seen amazing results from increased attendance to reduced rates of violence and suspension.”

A goal of restorative discipline is to get at the root of a conflict. “Just punishing someone isn’t going to solve anything,” said Madfis. “The [student] in Parkland [Florida] got expelled but then came back to school and shot it up.” The tension could be between two students but there could also be a deeper issue. “Maybe that person has a troubled home life and, if so, let’s talk about it,” said Madfis.

The question Madfis wanted to understand was why. Why do men murder? The answer is complicated and varies depending on a number of factors including socioeconomic background and race. However, the theories about school shootings and mass shootings revolve around masculinity. “We have this common cultural association between masculinity and violence,” said Madfis.

But masculinity itself is only one element. Madfis suggests how a person responds to perceived slights or challenges to their masculinity is crucial. “Mass shooters and school shooters are often ‘failures’ in a number of different aspects of their lives,” said Madfis. “Maybe they were ignored by a girl or aren’t popular or got fired from their job. They externalize the blame for these events and focus their anger outward toward others.”

Murder in this scenario is as much about power and saving face as it is about getting revenge. “Doing this big, catastrophic thing is a way to perform masculinity,” said Madfis. “It’s a resource to demonstrate your dominance, your masculinity.”

Madfis co-created a public letter to the media signed by 149 researchers and law enforcement officials asking news outlets not to publish the names or faces of perpetrators of mass shootings and school shootings. “Fame is a major motivating factor for these people,” he said. “It’s a way to obtain instant fame and so I think we need to try and disincentivize that whenever possible.”

Madfis’ work is crucial if depressing. He’s currently working on a second edition of his book. Strangely enough he’s finding inspiration in an unusual place. “I’m involved with a project that looks at why people leave hate groups,” he said.

Madfis and a colleague have been interviewing people who were involved with hate groups. The first part of the project involved finding out how people got into that life. The next phase focuses on what got them to leave. “We were deliberate in that we focused on people who dramatically changed their lives and became anti-racists,” said Madfis. “It’s more uplifting than a lot of stuff that I do.”