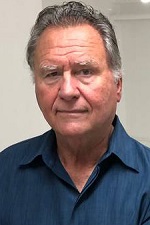 Brian Ebersole served in the Washington State House of Representatives between 1983 and 1997, during which he was House Speaker between 1993 and 1995. He served as Tacoma Mayor between 1996 and 2000,  and was Bates Technical College President between 2000 and 2003. With more than 30 years of public service, he is a longstanding community leader who has been instrumental to the continuing revitalization of Tacoma.