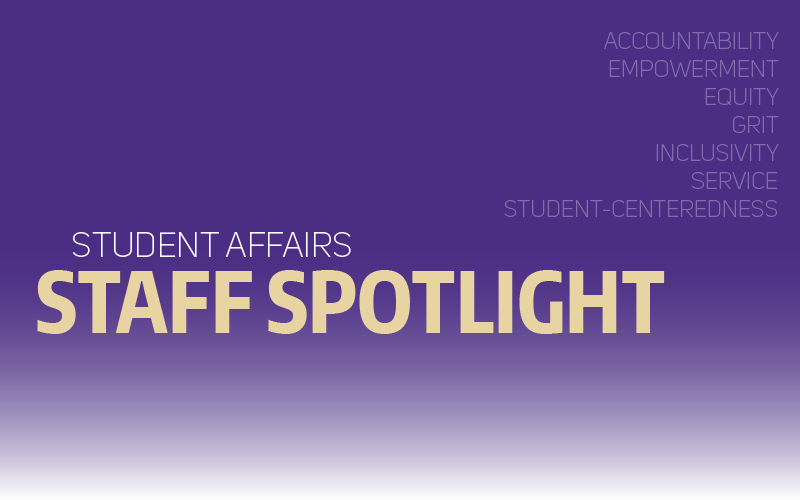 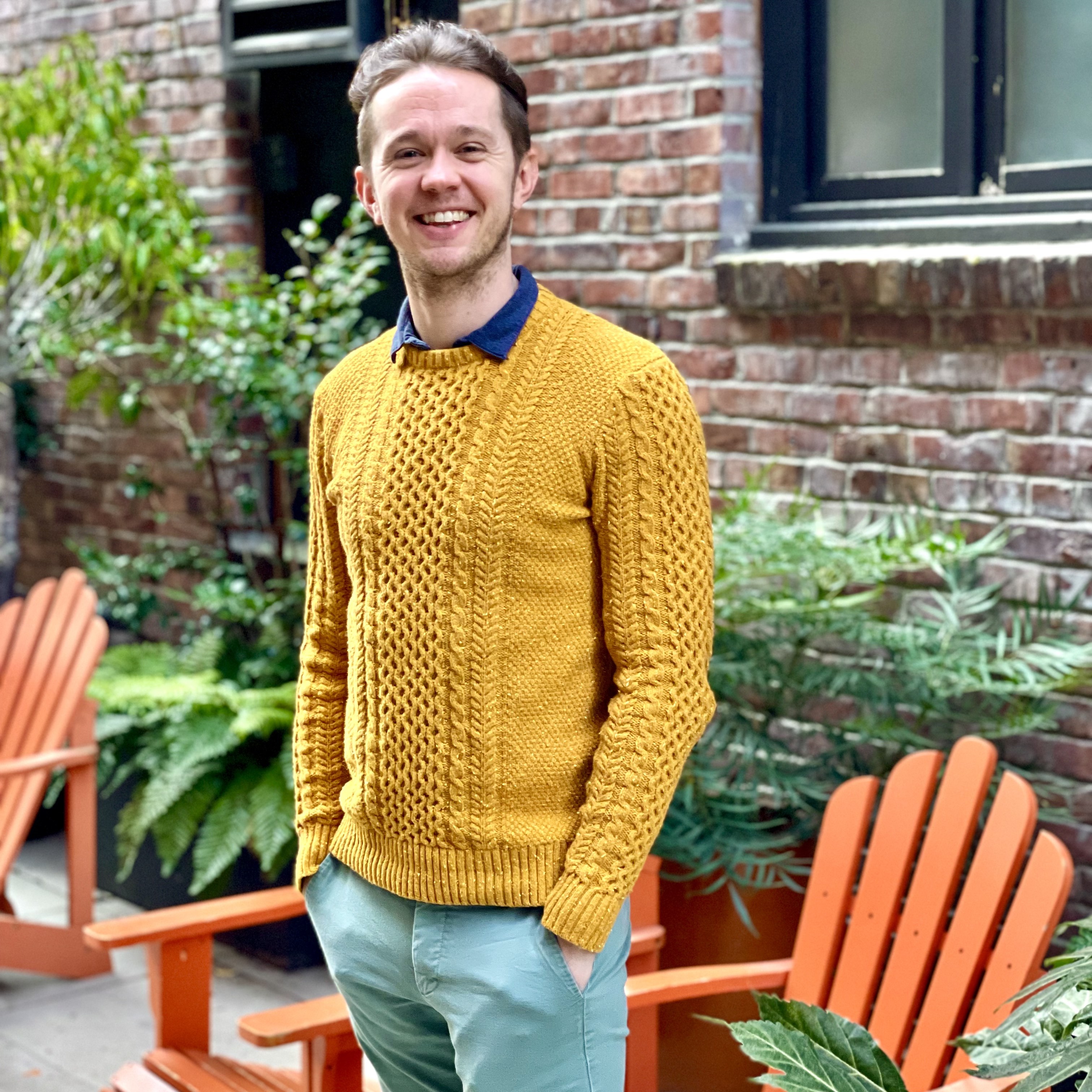 Hobby: Crocheting, writing, and working out!

Favorite Place on the Tacoma Campus and Why: UWY 304, especially when the Mountain is out!  The view is amazing and who doesn’t love being at a program or event with our students?!

I would like to nominate Conor Leary from the Center for Student Involvement for the June Student Affairs Spotlight. Conor has been with our team for just over two years now, which means he started his role at the height of the pandemic. Since day one Conor has been bringing lots of energy, new ideas, and process improvements to his team and our entire office!

One early memory I have of Conor is from the summer of 2020; we were discussing the idea of starting some sort of points system to encourage students to get more involved with programming, and they could collect points to earn prizes. Everyone knows this initiative now as DawgBones, which has had 2 solid years of growth. What many may not know was this is something I said we could probably take a year to figure out before we initiative it – Conor did it all in the span of two months! DawgBones, especially when the campus was fully closed, became a cornerstone project that drove involvement and participation across our programs.

That situation was definitely foreshadowing how Conor was going to operate as a teammate, and I don’t think he has slowed down once since! He has done a fantastic job realigning the work done by our Assistants and Coordinators –their work was just highlighted with the Team Spirit award for Spring 2022 and so much of that can be attributed to Conor. He quickly became a familiar face across campus and our division by joining the Staff Association and helping to plan some of our larger divisional virtual gatherings during Covid. He is always willing to pitch in and help other folks on the team (both staff and students) and somehow manages to squeeze more out of his workday than I can fathom!

Conor espouses all of our Divisional values, but the ones I think most resonate through his work are student-centeredness, empowerment, and accountability. Conor supervises a very large team of students, and I’ve been especially impressed with how well he “activates” each of them – whether that’s by specific projects, giving them ownership over their respective areas, or giving them an extra push/lift when things aren’t quite going right. He has celebrated many wins with his students while having his share of tough conversations. Through it all, I see a high level of respect that his students give him, and in this short time (with so much of it virtual) he has built strong rapport and relationships across campus.

Student Affairs champions holistic learning and success for UW Tacoma students. We remove barriers for students, engage them as partners to create an inclusive campus community and equip them for lives and careers that have meaning and impact.