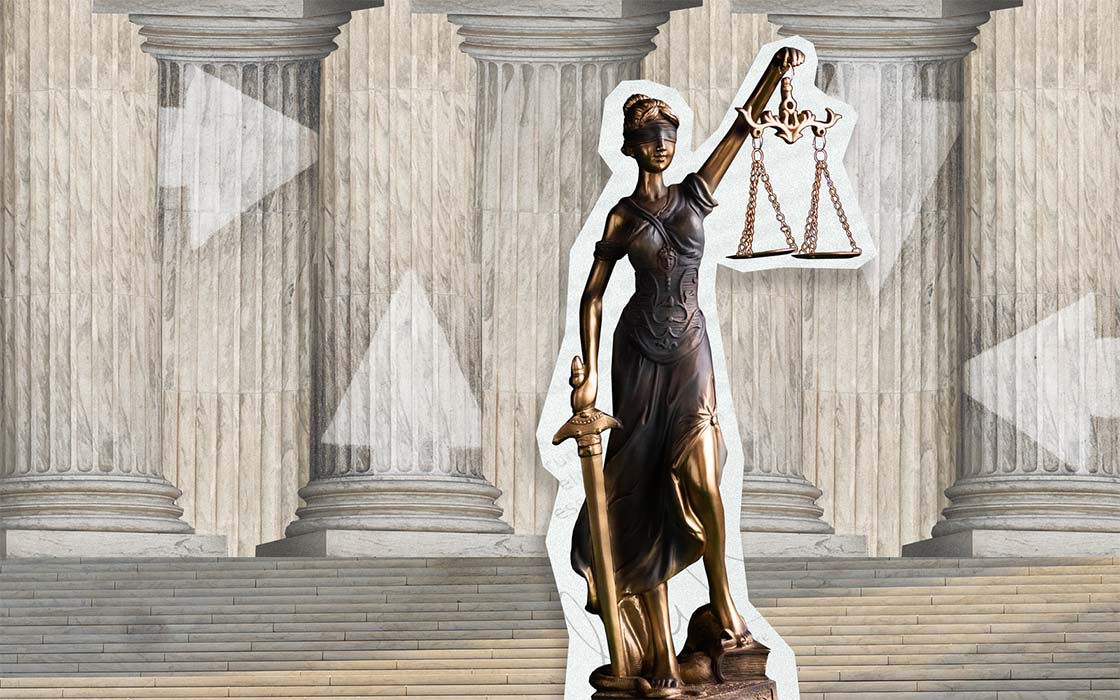 The Jury is In 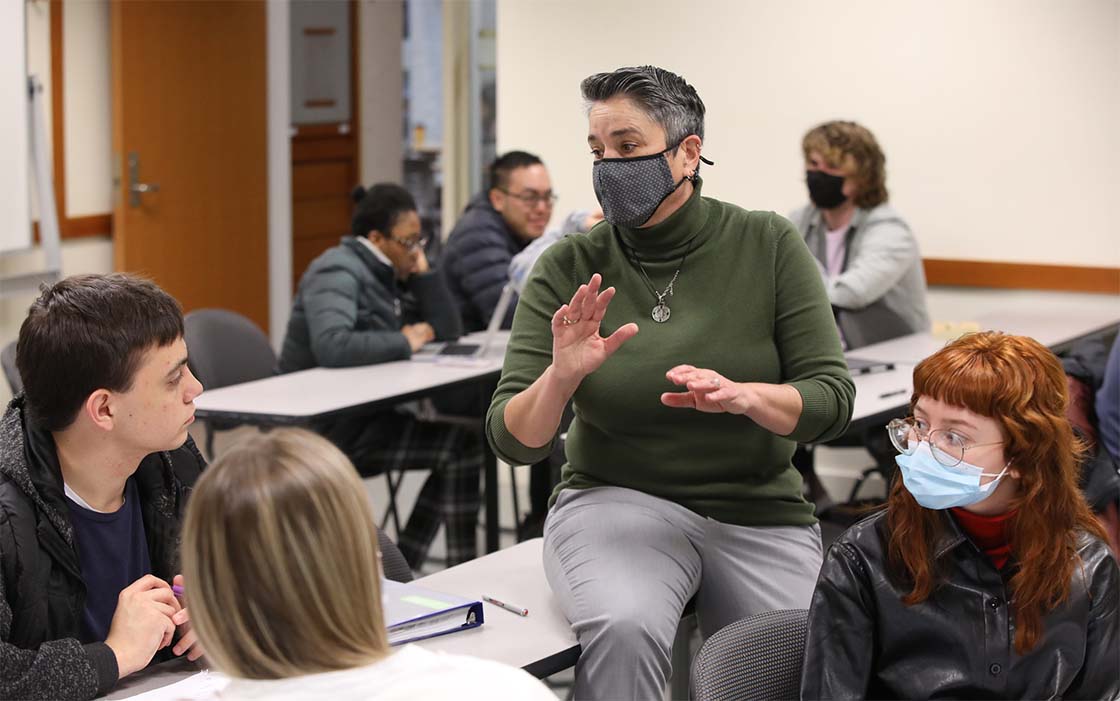 Those interested in supporting the Legal Pathways Fellows program can make a gift or volunteer as a Legal Fellows Mentor.

For UW Tacoma students and alumni thinking about becoming a lawyer or working in another legal field, a lack of ability or stick-to-itiveness isn’t the barrier.

Instead, it’s often a matter of money, as prepping and applying for law school can cost a couple thousand dollars and tuition easily tops $40,000 per year.

Or it could be a lack of confidence. Just having someone tell them a legal career is a viable possibility and then educating them about how to make one a reality can be a game-changer.

The Legal Pathways program is designed to remove or lower those barriers through counsel, encouragement, mentoring, financial assistance with the Law School Admissions Test, and help preparing crucial application packages. That kind of organized support is particularly helpful for many at UW Tacoma: first-generation college students from groups underrepresented in the overwhelmingly white legal field.

“It’s about equity, meeting people where they are, and giving them the tools they need to succeed,” said Lisa Mansfield, a municipal court judge in Lakewood and a mentor and member of the program’s Community Advisory Board. “What we find is that when we offer these tools, these pathways, it’s not as if underserved people can’t achieve success. They can. The drive isn’t missing, but sometimes the opportunities and the access are. That’s where this program fills the gap.”

Filling a gap is what spurred the program’s creation.

Launched in the 2018-2019 school year, the program is supported by special funding from the Washington Legislature, acknowledging the case made by South Sound community and legal leaders that there was a serious absence of training options and access here.

The state’s investment is paying off, as the program’s numbers have risen all around and Legal Pathways and its participants have formed and solidified ties to the area’s legal community that should pay dividends in years ahead as graduates complete legal training and return to practice in the area.

One measure is the Legal Pathways Fellows program, where participants receive LSAT prep courses and tutoring, a supportive cohort, mentors and plenty of advice. It had 13 fellows in its first year and had 45 during spring of 2022, indicating both interest and a donor’s financial support. Another measure is the number of students applying to law school, which went from two the first year to about 15 the next, 30 the year after that, and about 35 this past academic year.

“We’re definitely in a growth pattern in terms of not just the number of students who apply, but the number who are admitted,” said Patricia Sully, a graduate of Seattle University School of Law who became director in August 2019 and had previously worked as a staff attorney and then the policy director at the Seattle-based Public Defender Association, as well as in legal education. “This year, we saw some students get into much more competitive schools than we historically have seen. We’ve seen more students get full ride scholarships.”

“We not only want to support our students, but we want them to come out with the minimum amount of debt possible,” Sully said. “Seeing our students, particularly ones from very diverse, underrepresented backgrounds, get admitted with really strong financial aid packages has been a huge success.”

“We sort of hang a bright, flashing light on the idea that this is possible for you. If you want it, here’s how we can help you achieve it,” Sully said.

Let's call some witnesses to that flashing light.

Aliyah Jones earned a criminal justice degree from UW Tacoma in 2019 and has wanted to be a lawyer since childhood. “A lot of people don’t want to be a public defense attorney, but it’s something I would love to do.”

She had the interest and the GPA, but after several tries lacked the LSAT score to get into and help pay for law school. “I needed to do well, because I had to be able to afford it somehow.”

It wasn’t until Legal Pathways helped her build the case for LSAT testing accommodations — extra time, the right to take ADHD medication during testing — that her score improved. “I didn’t get into any law schools the first time. But this time I applied to nine schools, and I got into all of them with scholarships.”

So the first-generation graduate from Vancouver, Washington, is headed to the University of Oregon in August on a full tuition scholarship. In the meantime, she’s socking away money for living expenses. “This program, it really motivated me to not give up.”

Kevin Yuan-Jie Liu gravitated toward a legal career after coming to believe he could tap into his interests in logic and gaming as a lawyer.

Illustrating that point, the Legal Pathways fellow found the LSAT’s “reading comprehension questions miserable, but the logic games are fun. I really liked those.”

Hoping to focus on intellectual property, the Kent resident will attend the University of Oregon on a full tuition scholarship.

“Applying to law school is a lot of gatekeeping. There’s no other way to put it. Everything adds up, including separate application costs to different law schools. I find myself very, very lucky that Legal Pathways came along to help bulldoze through it,” said Liu, who earned a degree from UW Tacoma in politics, philosophy and economics in March.

Along the way, he bounced questions off his mentor and overcame his initial LSAT score.

“Since it was the fall quarter, I didn’t have as much time to sit in front of the computer and bang my head against the book. I had to be more efficient, so I had about five hours total with that tutor. And it improved my score a lot,” Liu said.

Teresa Dennerlein has worked full-time as a paralegal since earning her degree from UW Tacoma in politics, philosophy and economics last June. She came to college with a “stressful” history with education, having grown up without formal schooling in Virginia and then spending several years as a touring musician.

Legal Pathways taught her the ins and outs of the process and made her even more comfortable telling her “strange story.” Above all, she appreciated Sully’s counsel: “Between law school and scholarship applications, I wrote around 25 essays over the course of the application process. Patricia was really there for me and offered to review everything that I sent out.”

Admitted to Georgetown and other schools, Dennerlein chose UW School of Law, which offered a Gates Public Service Law Scholarship and the chance to stay in the Pacific Northwest. The “life-changing” Gates award, one of five yearly, pays tuition and a living stipend.

“Without knowing about the Gates program from people like Patricia and receiving that extra bit of, ‘You can do this. You’re good enough,’ I don’t know if I would have applied. Programs like Legal Pathways and the Gates are opportunity makers and levelers of opportunity.”

For Selena Caldera, finishing her education at UW Tacoma and prepping for law school is a natural progression after years of military service, anti-war activism and labor organizing.

When she first heard about Legal Pathways, she thought “that sounds nifty. It would be nice to have some help.” She appreciated the frank discussions of law salaries and loan debt.

“I remember learning about how law school debt can force you into doing things you don’t want to do,” she said. “And that absolutely impacted which schools I was looking at. I don’t want to be in a situation where I have a massive law school debt and won’t be able to do the free or incredibly discounted work that I want to do,” said Caldera, who is still weighing which school she’ll attend.

“The LSAT has a lot of inequitable issues. Scores are lower for women, for people of color, for disabled people,” she said. “It really disadvantages people who need a good score in order to have a chance. So I think the benefit of this kind of LSAT prep and tutoring is that, yes, it increases scores, but it also increases confidence, which lowers the gatekeeping aspect.”

Andre Jimenez isn’t going to law school. And that’s just fine, as it’s a pathway, too.

After acceptances by law schools and public policy programs, he took Princeton University’s offer: A full ride for its master’s of public affairs program, including housing.

“I realized that while I wanted to get a JD, my skills and my experience would be far more useful outside of the courtroom, affecting upstream things like housing, economics and education,” Jimenez said. “Being able to come back without debt, that’ll allow me to make the choice to then go to law school, or to go run a small nonprofit.”

The Tacoma native, 27 and a married father of three, has the resume and background for either path: son of once-incarcerated parents, work experience with nonprofits, student government president at UW Tacoma, Truman Scholar, and recipient of a law and policy degree in June.

Jimenez remembers his first Legal Pathways contact: “Our initial phone call probably lasted an hour and a half. And Patricia just answered every question that I had.” Later, he found common ground with his mentor, a litigator who went to Georgetown Law as a working parent and “showed me you can use your JD for things other than being in a courtroom.”

Sully’s reaction to his choice reinforced the decision. “It was congratulations and more exclamation points that I could probably count. She always reminded me that this isn’t the lawyer training program, this is the Pathways program.”

Those interested in supporting the Legal Pathways Fellows program can make a gift or volunteer as a Legal Fellows Mentor.